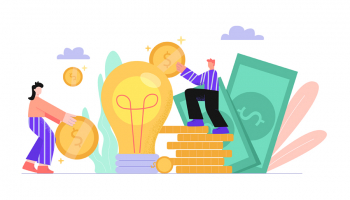 Envel, a Boston-based neobank, has begun crowdfunding on StartEngine after raising $2m from nearly 2,000 investors earlier this year on Wefunder.

As the Securities and Exchange Commission (SEC) recently increased the regulation crowdfunding cap to $5m, Envel is launching a second crowdfunding campaign through StartEngine.

Envel’s valuation has more than doubled since the company’s WeFunder campaign, from $15m to $35m.

Steve Le Roux, founder and CEO, said: "The crowdfunding community has been invaluable so far. Not only helping fuel our dream to make finance fun and remove the pain from banking through but providing critical feedback to refine our product to meet consumer needs.”

The company’s mission is to help people manage their money better to live better lives, through its AI technology that automates all aspects of personal finance. Since the first quarter of 2021, the company has grown its user base to 16,000 with $600k in new savings.

Features of the bank include minimal fees, no minimum balance, and no credit checks.

Neo and challenger banks have grown in popularity in the last three years. According to Zion Market Research, the market is set to reach $395bn by 2026, compared to $19bn in 2018.

These non-traditional banks have an advantage over traditional players including easy accessibility, simplicity, speed, cost-effectiveness, and improved functionality.

The growing use of smartphones was also boosting demand for online and mobile banking. The report stated that the potential product offering neo and challenger banks have is “limitless”.

By region, European neo and challenger banks are likely to lead the market until 2026 as most neo banks including Monzo, Starling and Revolut, are UK-based.