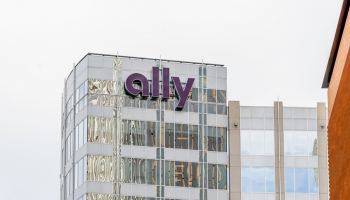 Ally Bank has scrapped overdraft fees for all accounts in the latest effort to remove restrictions on access to banking services.

From today (June 2), none of the bank’s deposit customers will be charged a fee for going overdrawn, Ally announced, with no requirements or restrictions put in place.

“Overdraft fees can be a major cause of anxiety,” said Diane Morais, president of consumer and commercial banking. “It became clear to us that the best way to relieve that anxiety was to eliminate those fees.”

Ally Bank has more than 2.3 million deposit customers with a combined $140 billion in deposits.

The bank cited a recent report from the Financial Health Network, which stated that households that were either “coping” or “vulnerable” financially spent a total of $255 billion on fees and interest charges during 2020. This compared to $47 billion paid by “financially healthy” households.

Nearly half (43%) of “financially vulnerable” households with checking accounts went into their overdraft in the past year, the report said, averaging nearly 10 times each.

Ally Bank said its decision would help those that were “disproportionately hurt” by overdrafts.

Ally Financial CEO Jeffrey Brown said overdraft fees were a “pain point” for many savers, and “particularly onerous for some”.

"Nationwide, more than 80% of overdraft fees are paid by consumers living paycheck to paycheck or with consistently low balances – precisely the people who need help stabilizing their finances,” he added. “Eliminating these fees helps keep people from falling further behind and feeling penalized as they catch up.”

The Financial Health Network’s report illustrated that low- and moderate-income (LMI) households – deemed as those with incomes below 80% of the median in their area – paid a total of $127 billion in financial services fees and interest, making an average of 7% of their annual income.

In addition, the data showed that fees overwhelmingly affected non-white households. Black and Latinx households paid $101 billion in interest and fees last year. LMI and minority groups were more likely to use high-cost alternative lenders such as payday loans, the report found.

US banks have stepped up their work in recent weeks to improve access to banking services for those currently unserved or underserved. Fees such as overdraft charges are seen as a significant burden for many low earners.

Trade groups including the American Bankers Association (ABA) called for coordinated action to address the shortfall in services in a recent report. An estimated 5.4% of US households are thought to have no access to a bank account.