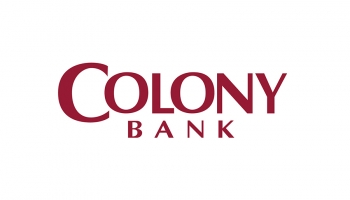 Georgia-based Colony Bank is to close five branches – equivalent to 18% of its network – in a “strategic realignment” of its business.

The five sites will close as of March 19, 2021, the bank announced last week. The affected branches are located in the Columbus, Douglas, Fitzgerald, Savannah and Valdosta markets across Georgia.

The closures are intended as part of a consolidation process. In each of the affected markets, Colony Bank will continue to have at least one premises, with two in Savannah.

“Customers affected by the closures will receive additional information,” the bank said in a statement.

Heath Fountain, president and CEO of Colony Bank, said the closing branches were in close proximity to other Colony premises and would help the banks’ “commitment to meeting the needs of our customers and communities”.

He added that the closures would save Colony Bank approximately $1 million a year “allowing us to continue to invest more in our popular digital banking channels”.

“We are confident that this realignment of our branch network will better position Colony Bank to meet the growing and changing needs of our customers, team members and communities,” he said.

Colony Bank is the latest banking group to announce branch closures, following similar moves by Byline Bank – which plans to close 11 branches next year – and Midland States Bancorp, which will close or merge 20% of its network.

US banks closed more branches than they opened in aggregate in the first half of 2020, according to data compiled by S&P Global, part of a multi-year trend away from physical premises and towards online and mobile services.

However, Brian Brooks, acting head of the Office for the Comptroller of the Currency, has warned banks not to use the COVID-19 pandemic as an excuse to reduce services to local communities or cut branches.