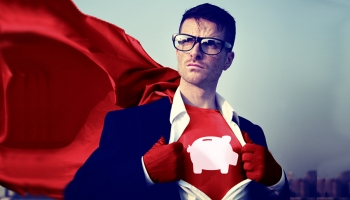 Uncertainty regarding how much banks could lose on loan books is hanging over investor sentiment, according to Kroll Bond Rating Agency (KBRA).

The agency conducted its own stress test on the US banking sector using losses of the degree experienced during the global financial crisis of 2007-09.

The data showed that, while investors expect banks to be hit hard by what has been forecast to be one of the deepest global recessions in the past 100 years, the industry is more robust than these beliefs imply.

KBRA said bank share prices had been hit by investor sentiment, with large and regional bank indices trading below book value based on 2020 and 2021 earnings forecasts.

“While the ‘black swan’ shock that is COVID-19 (with its global policy response of lockdown and isolation, resulting in a synchronized freezing of significant parts of the world’s economy) has the potential to devastate consumer and commercial activity in the US until the health crisis can be neutralized, the unprecedented monetary and fiscal relief on the part of the federal government (with more on the way, in our opinion) is an important risk mitigant to bank loan portfolios,” KBRA said in its report.

The financial profiles of the largest banks in the US stood in “stark contrast” to their positions before the global financial crisis, KBRA said. After a period of consolidation and regulatory reform, major banks have for lower risk exposures across loan, trading and investment portfolios.

This was reflected in five of the US’s largest banks – Bank of America, Citigroup, JP Morgan Chase, Goldman Sachs and Morgan Stanley – generating almost $29 billion of revenue in the first quarter of 2020, compared to a combined loss of $45.4 billion in the fourth quarter of 2008, the period immediately following the collapse of Lehman Brothers.

Stimulus action from the Federal Reserve and the government through the Coronavirus Aid, Relief, and Economic Security (CARES) Act also supported the sector, the rating agency said.

“We expect that support to continue until a suitable solution to the health crisis can be put into effect,” KBRA stated. “This, too, should ultimately keep bank losses manageable by reducing the overall quantum and allowing those losses to be spread out over time.”

The main risk factor emanating from the COVID-19 pandemic that could affect the banking system was “macroeconomic in nature and highly complex, given the numerous unknowns”. However, it expected any losses to impact earnings rather than solvency “in all but the most severe” of the scenarios it tested.

KBRA’s research can be accessed in full here.

The research was echoed by similar work by ResearchAndMarkets, which found that US banks faced a potential “near-term downside to profitability” from the pandemic’s economic impact.

Fitch Ratings has also warned of earnings pressures on US banks. However, the recent stress tests conducted by the Federal Reserve in accordance with Dodd-Frank rules showed banks to be resilient as none failed the test.