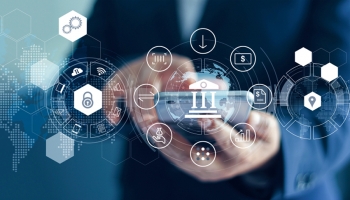 Very few 2020 plans survived the onset of the COVID-19 pandemic in the banking industry. Every organization had to reimagine how their organization operated, from the traditional banks to the latest fintech apps. While an economic recovery from the pandemic is imminent, the speed of recovery and the new normal that the industry will be left with remains uncertain.

What we do know is that the recent pandemic has been both an accelerant and a crash course for digital banking for both consumers and the banks.

Most banks have been investing and exploring digitalized banking services for years. Fintech startups have been looking to both disrupt and support the banking industry in near equal measure for nearly a decade. Financial institutions, in turn, partnered with these startups to improve their offerings while exploring opportunities for in-house innovation. The industry was becoming more digital every year, and 2020 was declared to be “the year of fintech.”

Then the global pandemic transformed a turning point for innovation into a fintech trial by fire for banks, retailers, and consumers across the world. Digitalization timelines of years suddenly became timelines of days and weeks, and companies scrambled for digital solutions to allow them to remain in business and connect with their customers from a distance.

Retailers had their own struggles. Like banks, retailers had been exploring various digital payment options, but all of a sudden the survival of their business depended on these tools. Some sought to move their business online with new ecommerce tools, others used payments tools to digitally receive payments on pickups and deliveries.

2020 was supposed to be a transformative step in the direction of digitalization. That world is no longer on the horizon. It’s here. Consumers have already changed their behavior to fit this new world, and for many the change is likely permanent.

According to an FIS survey, 45 percent of consumers say the pandemic has changed the way they interact with their bank, the same percentage that said that they started using some form of mobile wallet following the pandemic’s onset. Banks cannot expect customers to come flocking back to their branches after a recovery. Retailers too should expect a permanent shift in how they do business. The same survey found that 40% of consumers claimed they will shop more online in the future than in-store, and 38% would rely more on food delivery services than they did pre-pandemic.

In this new normal, financial institutions need to adjust their strategies for this consumer mindset. It is time to move past digitization, in which digital processes replace analog, and realize the fully digitalized bank. One in which banks redesign and reimagine how they interact with their customer. They will establish new ways to process data and information, and generate revenue through transactions that are conducted entirely at a distance, but keeps them equally close with their customers.

The banks that do this will be well positioned for success in a post-COVID world, but the digitalization does not stop at digital payments tools. Since customers are getting used to bank interactions requiring virtually no human interaction, now is the time for banks to fully embrace automation.

As banking trends towards becoming an entirely technological interaction, banks need to look to support customer interactions with AI and machine learning. They can establish a panoramic view of their customer relationships through advanced analytics. They can line up transaction processing costs through cloud solutions.

The opportunity of digitalization is particularly important for traditional banks, since this significant change in consumer behavior was not driven by an acceptance of risk, but rather an aversion to it. Digital interactions in banking and retail were the safe choice. This is why, while there was a huge spike in demand for mobile banking solutions, digital banks like Revolut and Monzo actually saw downloads of their products decline in March. Consumers are not looking to move their money into new digital solutions where they see potential risk.

This renewed trust will not last forever, but it is allowing traditional banks a period of time to accelerate their digitalization strategies and become more competitive with digital banks and alternative fintech solutions. This is not an opportunity to be ignored.

By Andrew Beatty, Senior Vice President and GM of Next Generation Banking at FIS