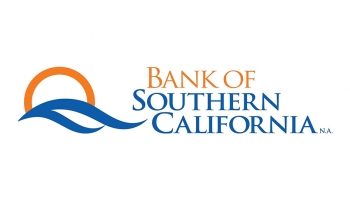 Southern California Bancorp has completed its planned acquisition of CalWest Bancorp for an estimated $26 million.

The deal was delayed in April after Southern California’s board failed to raise sufficient support from shareholders to approve the deal.

The effects of the COVID-19 pandemic were also a factor in renegotiating the terms of the transaction, according to a joint statement from the banks on April 29.

The new terms priced the acquisition at $0.35 per CalWest share. In October 2019 when the deal was first announced, the acquisition was priced at $0.43 per share, or approximately $32 million – implying that the reworked deal was completed for roughly $26 million.

CalWest branches were rebranded as Bank of Southern California from June 1, while the conversion of core IT systems is planned for August 14.

Southern California Bancorp said the acquisition offered an “attractive footprint in the Orange County market” as part of its planned “strategic expansion” across the south of California.

Following the deal, Bank of Southern California has total assets in excess of $1.1 billion and consolidated capital over $120 million. In addition, the combined bank has processed more than $500 million in Paycheck Protection Program loans for over 2,000 local businesses.

Nathan Rogge, president and CEO of the Bank of Southern California, added: “It also allows us to provide customers of both organizations with increased lending capabilities, technology enhancements, and an enhanced branch network.

“We remain focused on accomplishing our long-term goal of building a community business bank in Southern California that supports local businesses and the communities we serve.”

The pandemic has affected other banking sector transactions in recent weeks. At the end of May, Texas Capital Bank and Independent Bank abandoned plans to merge due to the health crisis’s “significant impact” on the benefits of the deal.

Pinnacle Bankshares and Virginia Bank have delayed the completion of their planned merger, but have stated that the expected benefits “remain intact”.

Beyond the banking sector, the pandemic has caused M&A activity to almost completely grind to a halt, according to several reports, as companies shift their focus to coping with the immediate impacts of the virus and its spread.

Surveys published prior to the COVID-19 pandemic indicated that regulatory costs and the need to achieve scale would continue to drive merger and acquisition activity this year.

Annual research from the Federal Reserve, FDIC and the Conference of State Bank Supervisors published last year found that 14% of community banks had been approached regarding a potential takeover while 25% had made an offer to buy another entity within the past 12 months.

Consulting and audit giant PwC said in January that the outlook for mergers and acquisitions in the US banking sector was “robust”, particularly for those seeking “mergers of equals” to achieve efficiencies quickly.