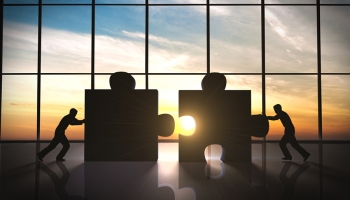 The value of US banking mergers and acquisitions (M&A) spiked in the fourth quarter of 2019, with $37.4 billion worth of deals completed, according to research by PwC.

Deals such as the merger of BB&T and SunTrust Banks – which rebranded as Truist – and Charles Schwab’s acquisition of TD Ameritrade helped boost the total value as banks sought to scale up to remain competitive.

PwC said it expected the amount of capital available for corporate activity as well as innovation and consolidation in the payments sector would lead to a “robust” year for M&A in 2020.

It also highlighted that regional banks were recognising that “they can gain a competitive edge by merging with well-positioned peers”.

“Although the number of transactions where value was disclosed fell during 2019, the value of deals increased substantially,” said Scott Carmelitano, PwC’s US banking and capital markets deals leader. “Scale matters in today’s market, and consolidation in the US banking system is required to maintain competitiveness.”

PwC highlighted several transactions that it deemed “mergers of equals”, including the BB&T-SunTrust deal and Chemical Financial’s $3.6 billion merger with TCF Financial, which the consultancy and accounting giant said were indicative of a new trend in banking M&A.

“A new trend in dealmaking is emerging in which firms gain clear advantages while setting benchmarks that are often more easily within their grasp. Such ‘mergers of equals’ bring together banks eager to find greater efficiencies.”

More regional banks were likely to consider this path through 2020, PwC said. Just last week, FB Financial Corporation and Franklin Financial Network agreed to a merger in a deal worth approximately $611 million, creating one of Tennessee’s biggest community banks.

In the payments sector, PwC said it expected further consolidation following three “megadeals” in 2020, each worth more than $20 billion. Global Payments merged with TSYS in September in a transaction worth $21.5 billion, Fiserv bought First Data for $22 billion in July, while FIS’ acquisition of WorldPay – completed the same month – was valued at $35 billion.

“Through consolidation, payments firms seek to gain scale, promote efficiency, and expand their customer base,” PwC said. “Meanwhile, ‘Big Tech’ companies are creating payment ecosystems across their large user base, with offerings such as Google Pay, Apple Pay, and Amazon Pay.

“As the overlap between financial and technology firms grows, we are likely to see additional deal activity as industry participants seek to acquire these specialized capabilities.”

US companies have access to approximately $2.2 trillion in cash, PwC said, with private equity firms holding a further $2.4 trillion, which made for a positive backdrop for M&A. While a market slowdown could hurt M&A activity, the firm said this was unlikely to be to the same degree as the 2007-09 financial crisis.

The 2020 presidential election could pose a headwind in the second half of the year, PwC said, with companies potentially pushing to complete deals in the first half of the year.

Political and regulatory focus could increase on areas such as data privacy, cybersecurity and anti-money laundering, PwC said, which could also “hold back some acquirers”.