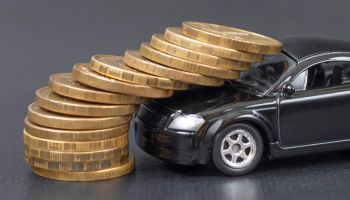 Thanks to a strong economy and reasonable interest rates, home mortgage foreclosures are at a healthy level with no major crisis being predicted. The stock market is at record highs, and most analysts think it is a foregone conclusion that interest rates are heading downward.

So why are several million Americans more than 90 days past due on auto loans and having their credit score pounded? Not to gloat, but please refer to Banking Exchange’s article by contributing writer Tim Kelly on February 21 predicting exactly what is happening now. Delinquent loans on automotive purchase leases have risen steadily for almost a decade because borrowers can receive loans with much less scrutiny than other purchases. The delinquency rates are coming primarily from borrowers with credit scores below 650.

A New York Federal Reserve spokesman explained the brewing crisis by stating that apparently many Americans are not benefiting from the economy using the old two Americas argument. However, the numbers really show that the loan industry simply has low standards for loans that are being unchecked. More than 50 percent of auto loans go to subprime borrowers with credit scores less than 620.

Bankrate.com makes a fair point in arguing that part of the reason is that there is no wiggle room for a car loan. It cannot be renegotiated or refinanced the way other loans can. The likely effect of the latter reason is that as the consumer struggles to make payments, it will effect Americans’ ability to pay off credit card debt and ultimately home mortgages because a consumer may first pay off the auto loan in.

The delinquent rate is steadily rising for people under the age of 30, which is an even more troubling sign for student loan delinquencies. Part of the issue is that since auto loans look less daunting than a mortgage, it creeps up on the consumer and they often do not pay close attention to the interest rate. Auto dealers are partnering with more and more Fintech lenders to get subprime mortgages approved.

With overall interest rates lowering, the market will likely continue to create a bigger and bigger bubble set to burst, a potential national crisis being underreported by mainstream media. If the delinquency rates were similar for home loans, it would likely be front page news.