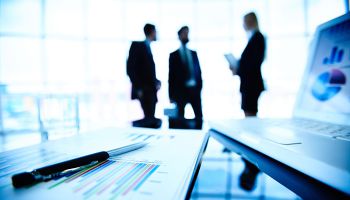 In time banks may develop a blend of digital delivery, human interaction, and augmentation of the latter with artificial intelligence, suggests Genpact's Raja Bose.

Digitalization may be where banking is going, but before you start tearing down your last branch, you might want to consider the competitive landscape a bit more carefully.

As a first point, consider that when a bank finds itself competing with a fintech, both may offer the public equally cool tools, says Raja Bose, consulting and transformation services leader at the Genpact advisory firm. But banks have something fintechs don’t have.

“That’s an advantage that fintechs can’t provide,” says Bose. Whether the human element is a face in a branch or a voice on the end of a telephone, there are some financial matters that still go best with a person.

The other point Bose makes here is that customer loyalty is a tricky thing, a code waiting to be cracked. To a degree, it can be harder for a customer to leave a bank when there is a human connection.

Not so hard to leave if the only connection is digital. “If your bank is just an app,” says Bose, “it’s not that hard to download a new one and go with somebody else.”

Meeting in the middle (or so)?

Bose acknowledges that at least since websites and online banking first debuted, “customers never met a channel they didn’t like,” but he says this doesn’t mean banks have to continue providing the services of each as if they were in sealed containers. Digital and human connection can be combined, he says, giving banks that leg up over fintech competitors without just expanding the cost of customer service.

“Banks have to figure out how to digitize everything and still offer a personal experience,” he explains.

Bose points to advances made in the hospitality business. He frequently checks in using major hotels’ apps, for speed and convenience. Often there’s a personal message—at least, it’s styled that way—from the hotel’s manager, welcoming Bose and offer to solve any issues.

Sometimes this is just a passing message, read and forgotten. But Bose says now and then he’s had some problem or a special request and having that greeting gives him a specific human contact to talk to about what he wants.

In melding digital and personal touch in this way, “in general, the banking industry isn’t there yet,” says Bose. In fact, big banks seem to be out to make it especially difficult for consumers to reach a specific person.

“Most large banks today, if I want to call the bank branch down the road, don’t have a number to call,” says Bose. That anonymity may be efficient, he says, but it surrenders an advantage that traditional banks still have.

What has Bose thinking in this direction is recent research that Genpact conducted among 6,287 consumers in the U.S., U.K., and Australia that probed both general and generational attitudes on how consumers prefer their banking services to be delivered.

A surprise in the research was the importance all groups put on still being able to deal with a person at certain times in their banking relationship.

“That was cause for pause,” says Bose, “that consumers still want the personal touch.”

For many routine, straightforward transactions consumers definitely don’t want to deal with people, the research found. However, Bose says in an interview with Banking Exchange, when customers have higher-value, more-complex interactions with banks, often “they’d like coaching and guidance.”

In part, the research indicates that some of the reason for holding onto the human element of banking is to serve older generations, but Bose thinks that as Millennials grow older themselves, and have more complex demands on financial providers, they will want human interaction.

While 27% of consumers responding to the survey say that they would try setting up a new account with a digital assistant such as Siri or Alexa, six in ten say that under current conditions visiting a branch makes opening an account easier.

Here is what the survey said regarding customer satisfaction, channel by channel, with the traditional and familiar branch coming in first: 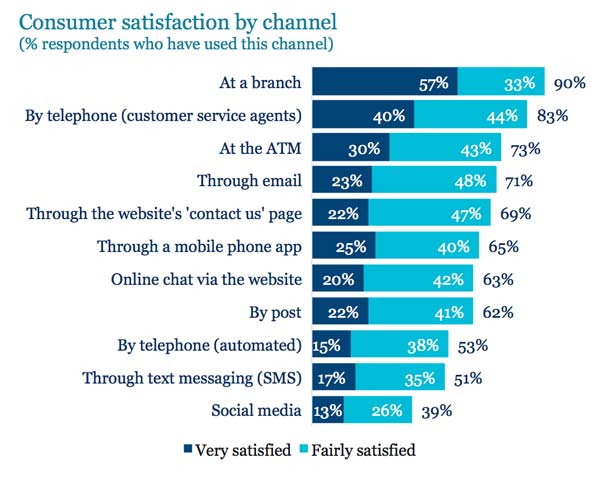 Even when looked at across three key generations, some traditional channels came in quite strongly. 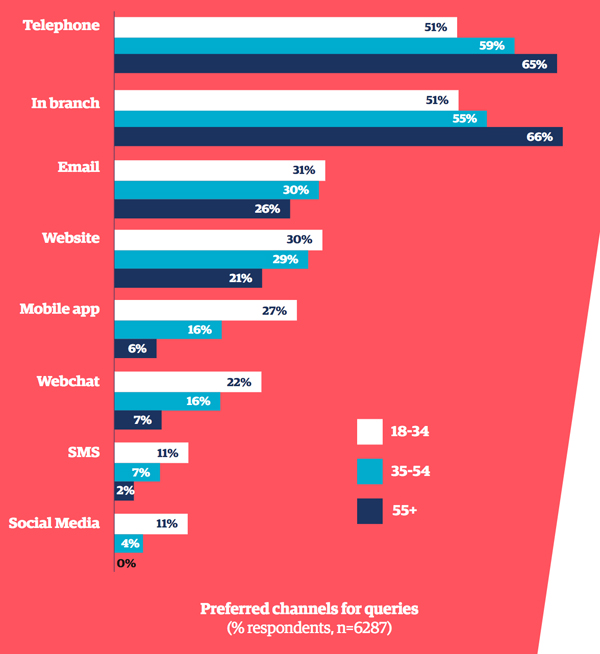 Genpact’s analysis indicates that consumers’ continuing preference for traditional channels continues in the Age of the App because this is still where they receive the best customer support and personalized advice.

“If the same quality of service were available through digital channels,” the report states, “consumers wouldn’t choose to travel to a branch or phone a customer service center.”

Now, Genpact is a technology consulting company, so it might seem odd that it has released a study suggesting the power of humans. But Bose thinks digital channels can begin to mix in some of the advantages of human interaction by blending human-machine collaboration through artificial intelligence.

The human becomes augmented by the technology, but not wholly replaced, he explains. Bose draws a parallel with GPS service. This technology tells a human how to get from point A to point B—but the human still does the driving (for now).

“How might a ‘Google Maps’ solution to lending make a human a better lender?” speculates Bose.

What about the personalization inherent in the Amazon shopping interface? If banks went that way with AI, would they lose their advantage of human interaction?

“Could a bank over-Amazon itself?” says Bose. “Probably yes. However, banks are so behind right now, that’s the least of their problems.”

Where loyalty can break down

No human relationship is immune from a breakup, and customer-bank connections represent no exception. The Genpact study suggests that more banks are relying on inertia, rather than real customer loyalty.

The study probed reasons that loyalty—or inertia—would lapse. Interestingly, while one in three customers would walk because of inferior digital service, this is near the bottom of the ranking. How well a bank handles a fraud incident topped the list by a wide margin over digital services. 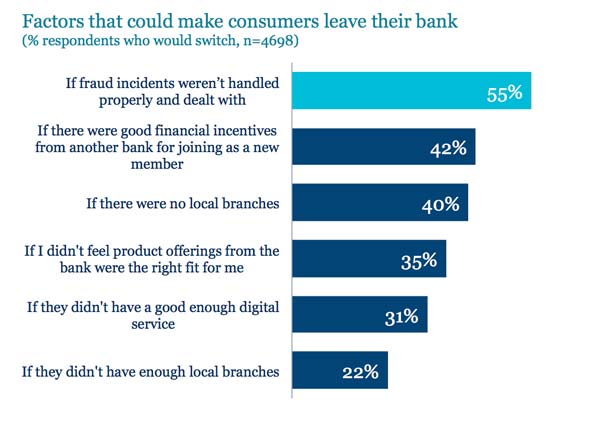 The study found that younger customers are the most likely to leave for another provider, but nearly half of those 18-34 were “not very willing” or “at all willing” to leave.

The study found that customers rank banks most highly for working to prevent fraud.

Genpact sees anti-fraud activity as another area where banks can tap AI. This would help them maintain the strong anti-fraud aura that the firm believes is theirs to lose.

For more about blending human-digital channels see "Umpqua's next transformation" and "Ray Davis: "This is not about getting better"