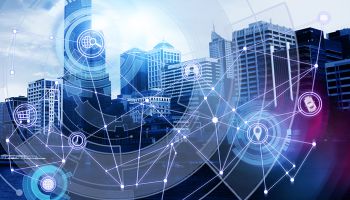 “Many CEOs have trouble understanding the difference between getting better and transforming the bank,” says Ray Davis, a veteran at reimagining banking.

Ever the change agent, Ray Davis, stated last week that even “change is changing.”

“Change is coming so much faster and there are so many new things we have to come to grips with,” he said. And that “scares the hell out of a lot of people.”

Davis, retired chairman of Umpqua Holdings, parent of Oregon-based Umpqua Bank, spoke last week during Efma’s inaugural U.S. event, “Bank+Fintech” in New York City. Davis stepped aside as CEO of Umpqua at the beginning of 2017, turning the reins over to Cort O’Haver. In early January of this year, Davis resigned from the Umpqua board and is no longer an employee of the company, as reported by the Portland Business Journal.

In 1994, long before the word “fintech” became synonymous with disruptive change in financial services, Davis, an Atlanta-based consultant, arrived in Roseburg, Oregon, a lumber town, to begin the transformation of sleepy little South Umpqua State Bank into the $25+ billion-assets regional icon it has become.

Although Umpqua Bank is most well known for its innovative branch designs, Davis said, “The secret sauce is not how pretty the store is—anybody can do that—but what goes on inside it. We created a whole new bank with a unique culture.”

No fan of sales culture, Davis remarked, “What I wanted was a service-experience culture—because we’ll get all the sales we want if we treat people right.”

Davis was understating how radical the redesign and reformatting of the bank’s branches into stores was. Bankers trekked from all over the world to see them. The changes begun by Davis were highly successful and created a competitive gap for the bank for many years.

We’re in a revolution now

Two things have changed that situation:

One, said Davis, is that competitive gaps always shrink as others copy what you do and catch up.

Second, and more important, is the impact of digital technology. As Davis pointed out, the bank’s service culture is hard to maintain when customers are online versus face-to-face.

Increasingly customers are not coming into the stores.

Said Davis, bluntly: “We’re all in the middle of a huge revolution—the technology revolution. It cannot be ignored. [Maintaining the] status quo means your company is in a death spiral.”

He cited a famous Jack Welch quote to emphasize the point:

Davis described how Umpqua sought to answer the following question: “How do we recycle that unique customer experience and make it attractive on a digital platform?”

“We knew that if we didn’t adapt, our sustainability would be in question,” said Davis.

1. That almost all bank products are commodities.

2. That because technology is becoming so available and affordable it has the potential to become a commodity itself—if it hasn’t already.

“Technology is an enabler,” said Davis. By contrast, he continued, most people focus on using technology to increase speed and efficiency. “That’s great,” he said, “but isn’t that a given? The real differentiator is to use technology to enhance customer experience so that customers actually enjoy the technology when doing their banking.”

3. A bank’s focus should be on quantum change.

Incremental improvements, though important, should not be the focus.

“Many CEOs,” said Davis, “have trouble understanding the difference between getting better and transforming the bank—positioning it for the next generation.”

“We knew we had to do something,” said Davis. “The question was how to leverage the Umpqua brand to create a digital banking platform that would deliver a customer experience that does not exist in banking today.”

All this introspection led to the creation of Pivotus Ventures in early 2016. The technology incubator is a subsidiary of Umpqua Holdings and is based in Palo Alto, Calif.

Davis said Pivotus was deliberately set it up outside the bank to avoid bureaucracy and regulatory issues that would delay it. He said the venture was funded in collaboration with several other much larger institutions, which he didn’t name. Each of them wanted to leverage “our collective capital outside our institutions.” Davis said the industry will “see much more of that” type of collaboration.

Davis said the new venture had to address three requirements for banks’ sustainability:

1. Create new sources of top-line revenue growth—fee income specifically. “Margins will not be the main driver in the future,” he said.

2. Allow the bank to become “incredibly more efficient”—meaning an efficiency ratio in the “high 30s” to create a pool of cash to invest in other companies.

3. While doing both of those things, allow the bank to achieve a “higher level of customer experience than ever had before.”

BFF stands for “Best Financial Friend,” and is an app that allows customers to select an Umpqua banker to be their primary contact—by phone, Skype, or, most often, by text. As described by O’Haver in an interview with Banking Exchange, BFF enables customers to bypass the stores altogether, but maintain a human connection—“a go-to person who’s got your back.” [Read "Umpqua's next transformation"]

Davis said the software was piloted in Australia, The Netherlands, and in the U.S. and has been “a huge success.” He said he believes this approach will be a differentiator for the participants and for other banks to which the software is offered.

“This is not about getting better,” Davis reiterated, “but about using technology to transform your institution—every aspect of it. It’s taking that customer experience to a higher level while driving your costs down. No industry is exempt from this trend.”