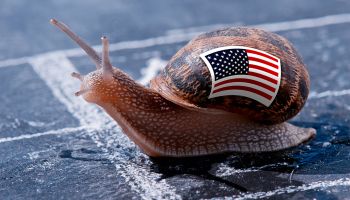 The Portfolio Lending and Mortgage Access Act, introduced in the House last year by Rep. Andy Barr (R­Ky.) as H.R. 1210, would have allowed any mortgage held in a bank’s portfolio to be considered a Qualified Mortgage—precisely the sort of risk retention Dodd­Frank aimed to ensure.

Yet after the House passed the bill in November, the White House said the Senate need not consider doing the same because the President would veto it if it reached his desk. Regulatory reform, again, was thwarted.

What does that mean for this year’s mortgage market? According to lenders interviewed, fewer banks are willing to make non­QM loans; lenders and consumers are frustrated; and the added risks and expense are driving good players out of business.

“There’s a general back­off and slowdown in the marketplace,” according to J. David Motley, president of Colonial Savings, a $1.1 billion­asset institution based in Fort Worth, Texas. “Lenders have shied away from the edges of the credit box because they don’t want to be found guilty of breaking a compliance rule.”

Given the inscrutability of the new regulations—and the unknowns of what would warrant penalties—mortgage lenders must take absurd measures to be sure they don't run afoul.

For instance, Colonial Savings recently discovered that its programmer left off a minus sign on the new TRID form next to the line indicating credit to the borrower.

“They programmed the amount correctly, but no minus sign was there,” says Motley. “Our auditors said that’s an error. Is that a defect that might prevent us from selling the loan? Could a borrower challenge it legally? Will the CFPB write us up? We didn’t know the level of materiality.”

To preclude any problems, Colonial Savings reissued within the allowable 60 days all the closing documents that lacked a minus sign—not a small expense.

"We find ourselves redoing a disclosure about four times for every loan we close,” Motley explains. “If there’s the slightest error, like a borrower being referred to as ‘Richard Smith’ in one document and ‘Richard E. Smith’ in another, we’re going to reissue the closing disclosure because we don’t know if that error is punishable in some way. There’s been no guidance issued on that. Lenders want to play by the rules and do the right thing by the consumer, and it would be helpful if we could get prompt, clear answers to questions that are asked.”

Cynthia Lowman, president of United Bank Mortgage Corp. in Grand Rapids, Mich., hasn’t surveyed the industry to know exactly how many banks are refusing to make non­QM loans, but she knows anecdotally that it’s a high number, fueled by fear of litigation.

United Bank, the mortgage company’s parent, with around $500 million in assets, is a community lender.

“When the QM issue came up, I asked our board if we want to make non­QM loans that are good risks,” Lowman says. “We’ve always had our own model for approving those borrowers and it’s a safe model. But if I was selling to wholesalers, there’s no way I would do that because they won’t buy them.”

Such fear will continue to constrain the market as long as specific guidance is withheld and Lowman, too, finds it all but impossible to get answers to her questions.

“I just asked an FDIC person how long the hold­harmless period is to get TRID right, and the answer is unknown,” says Lowman.

The banker also cannot get a response regarding whether there is a de minimis amount on closing cost overages, which banks must pay. (One bank had to issue a check for eight cents.)

Though she said United Bank is “inundating” regulators with specific questions asking for specific guidance, answers are not forthcoming; and Motley believes the lack of feedback is by design.

“CFPB has told us that in certain cases, they are not going to opine,” Motley explains. “One of the early assistant directors said, ‘We're going to let the plaintiff's bar decide,’ meaning lenders would have to defend themselves in court.”

“Their strategy was to make the rules a little nebulous so lawyers could file suit and lenders would be cautious,” Motley speculates. “They wanted the lending community to be scared—and certainly they accomplished that.”

If that truly was the regulatory strategy, lenders aren’t so sure that CFPB accomplished its ostensible purpose of protecting consumers.

“What happens when the borrower says, ‘I don’t have $2,500 for closing; increase my loan’?” Lowman wonders. “We cannot, and there’s no answer for how we can accommodate the customer.”

Don Calcaterra Jr., president of Towne Mortgage Company, a non­bank lender in Troy, Mich., said, “We’re being more conservative and taking longer to do loans, but that creates problems for consumers. We survey everyone we close and one of the questions we ask is, ‘Did the approval process meet your expectations?’ From 2013 to 2014, satisfaction fell 25%, and from 2014 to 2015, it fell another 50%. That reflects how we have to second­guess all the time. The lack of regulatory guidance is very troubling.”

Operating with unclear regulation means increased risk in doing business, and Calcaterra understands why so many banks find the burden unsustainable.

“If we were a depository, we would elect not to lend, as we’re seeing a large number of banks doing,” Calcaterra explains. He also suspects that while the new rules drove some bad actors out of business, others simply moved underground.

“A lot of people making predatory loans are not in the oversight of the regulatory agencies,” he claims.

Neither are foreign companies, who also see opportunity. Lowman recently talked with a prospective borrower who had been approached by YES Mortgage Solutions, which operates out of the United Kingdom and had offered to help the American customer get a loan that could close in 15 days.

“That’s exactly what we don’t want is mortgages going offshore to people who don’t have to comply with the rules,” Lowman says.

Yet that is likely to be one of the unintended consequences of overreaching regulation from which bankers can get no relief or even guidance.

As long as that continues, Motley predicts, “It’s going to slow down new entrance into the marketplace and speed up the exit of some lenders who throw up their hands or don’t have the money to invest in the process.” 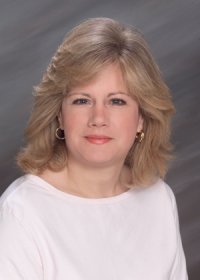