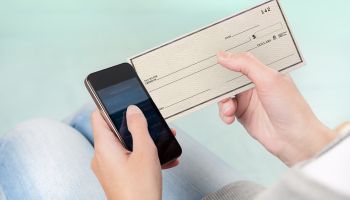 The use of mobile phones to access a bank account, credit card, or other financial account continued to increase in prevalence among adults in the United States last year, according to the Federal Reserve Board's latest report on the use of mobile financial services.

The use of mobile phones to make payments at the point-of-sale has experienced substantial growth over the past several years, increasing threefold between the 2011 and 2012 surveys, and again between 2012 and 2013. In 2013, 17% of smartphone owners, representing 9% of the U.S. adult population, reported having used their phone to make a purchase at a retail store in the past 12 months.

Consumers are similarly skeptical of the benefits and security of mobile point-of-sale payments, or believe it is simply easier to use another method of payment. Almost three quarters of all mobile phone owners said that they were "unlikely" or "very unlikely" to use their mobile phones to buy things at the point-of-sale if given the option.

The Federal Reserve Board completed its first Survey of Consumers' Use of Mobile Financial Services in December 2011, and released a summary report in March 2012. The Board has continued to conduct the survey and release a report annually to monitor trends in the use of mobile financial services, and to understand how the rapidly expanding use of this technology affects consumer decision-making and the overall economy.

The most common mobile banking activities continue to be reviewing account balances, monitoring recent transactions, or transferring money between accounts.

The use of mobile phones to deposit checks by taking pictures of them using the phone's camera again increased substantially between surveys, with 38% of mobile banking users having deposited a check with their phone in 2013.

The use of mobile financial services is particularly prevalent among the 17% of the population that is underbanked (people with bank accounts but who also use check cashers, payday lenders, auto title loans, pawn shops, or payroll cards). Among the 88% of underbanked consumers with mobile phones, 39% had used mobile banking in 2013. Mobile phones may also allow for the extension of financial services to an additional 10% of the population that is unbanked (those without a bank account), as 69% of this group has a mobile phone, 64% of which are smartphones.