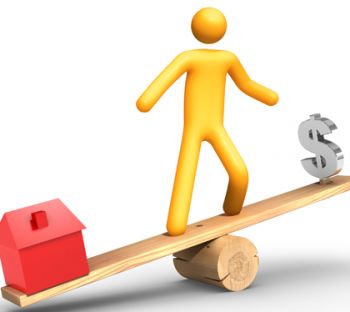 The decisions that banks make now may have adverse effects later under the Home Mortgage Disclosure Act and the Community Reinvestment Act.

The industry stands about halfway between the issue and effective dates of the new Consumer Financial Protection Bureau mortgage rules, and many banks have formed a pretty good idea what they'll be doing come next January.

However, there are major strategic implications that must be considered in connection with these rules. They will impact every mortgage lender's business model and risk profile.

Many of those questions revolve around what types of loans a bank will make in the future, such as:

Should we make loans that are not "qualified mortgages" (QMs)?

If we choose to originate only QMs, should we make only those that qualify for the safe harbor?

Should we choose to venture into (or stay away from) high-rate/high-fee Section 32 loans?

There are valid reasons to stay only within the Qualified Mortgage "protective bubble," so to speak. However, many banks haven't yet considered what impact this might have on their fair lending and CRA profiles.

In this article I'll suggest an exercise worth doing before setting your bank's decision in concrete.

Upside of making only QMs

While the Bureau's new ability-to-repay (ATR) rules don't mandate any minimum underwriting standards per se, the rules place consumer mortgage loans into three distinct risk categories. The risk at issue is potential litigation over whether the lender properly considered the borrower's ability to repay the loan according to its terms.

Whether the lender ultimately wins or loses, it will be expensive merely to defend such actions.

One of the more frustrating aspects of these rules is that we won't know how risky non-QM loans will be for several years. The rules aren't even effective yet and it will then be a while before non-QMs default, foreclosures are initiated, and litigation ensues. But that is not stopping lenders from evaluating now the paths they wish to take in 2014 and beyond.

Here are the three risk categories:

1. The least risky. These include QMs, meaning the borrower's debt-to-income ratio (DTI) is not more than 43% (or otherwise meets one of the alternative government purchase or guarantee standards) and points and fees do not exceed 3% of the loan amount, among other requirements.

To qualify for the safe harbor, the APR cannot be more than 1.5% higher (if secured by a first lien; 3.5% if a junior lien) than the market's prime mortgage rate. Safe harbor loans have the highest legal hurdle for a borrower to overcome: such loans are deemed to comply with the ability-to-repay requirement as they are. The borrower is left to contest one of the qualifications (such as points and fees) that made the loan a QM in the first place.

2. Lesser risk. Loans that otherwise meet the QM definition but have higher APRs (more than 1.5%/3.5% higher than the market prime rate). These loans are "presumed to comply" with the rule, which can then be rebutted by evidence that the lender "did not make a reasonable and good faith determination of the consumer's repayment ability" (from Reg. Z's commentary). Over the long run this likely means higher legal costs to defend them (again win or lose).

3. The most risky: Non-QMs. This category encompasses all other closed-end mortgage loans covered by Regulation Z, regardless of rate or terms. While the rules do not in any way prohibit lenders from making loans that are not QMs, there is no presumption that the ability-to-repay requirement has been met. Lenders may have to expend more when defending allegations that they did not properly evaluate this.

So, there are obvious financial advantages to making only QMs, even with uncertainty about what will happen in the future. The secondary market will certainly react to these lines in the sand, and banks that maintain loans in portfolio must evaluate these risks, as well.

To make matters even more complicated, in May of this year both Fannie Mae and Freddie Mac announced that in 2014 they will purchase only QMs. Lenders thus have a narrower standard into which to fit their lending programs if they mostly sell to either organization.

Downside of making only QMs

What might happen if a lender chooses to make only QMs?

After all, a persuasive argument can be made that loans without any sort of legal protection are not worth the risk since borrowers can sue if and when the lender attempts to foreclose as a way to forestall or even prevent foreclosure.

And penalties for noncompliance are severe.

Say a lender chooses to go down that path and decides to stay away from non-QM loans. The first question to then ask is what consumers in the lender's market are likely to be affected by that choice? In other words, who will likely no longer qualify for a loan since the only products available are QMs?

These consumers include those having DTIs over 43% and/or with credit profiles necessitating higher points and fees that would bump the loan over the 3% cap. What are the demographic characteristics of these groups of consumers that will no longer qualify? In many cases, a disproportionate number of affected consumers will be members of protected classes under the Equal Credit Opportunity Act (ECOA) and Fair Housing Act (FHA).

The result, then, of choosing to make only QMs would be to make mortgage credit less available in general, with minority consumers disproportionately affected. If that is the case, it is a significant fair-lending risk.

Consumers living in low- and moderate-income (LMI) areas may be similarly affected, since these consumers will typically have more challenging financial profiles. Again credit will be less available. This could negatively impact a bank's CRA performance, as fair-lending performance is still an important aspect of a successful CRA evaluation.

How to weigh both ends of risks?

One way to roughly evaluate the QM-only decision is do a lookback of sorts in your bank's historical loan stream.

Take a look at mortgage loans made in 2012 and determine which would have been non-QMs, and remove them from HMDA data and re-run some basic analyses. What do the bank's disparity ratios look like?

Do a redlining analysis. Do those loans that would not have been made under the new rules come predominantly from areas where a majority of the residents are minorities, or LMI areas?

If not, the fair-lending risk of a change is low.

But if so, maybe a reassessment of the decision is in order.

Of course, this decision is not driven by any intentional effort to discriminate against protected classes; it is purely a financial one based on avoiding the risk of expensive litigation in the future. But consider how this would be viewed under the disparate impact theory in fair lending.

Disparate impact is defined as a practice that has a "negative impact on a prohibited basis, even though the creditor has no intent to discriminate and the practice appears neutral on its face, unless the creditor practice meets a legitimate business need," quoting the commentary from Regulation B.

If a QM-only practice results in that type of effect, it would qualify as disparate impact.

The CFPB (in an April 2012 bulletin) reaffirmed its position supporting the use of disparate impact when enforcing fair lending, and HUD recently finalized its rule under FHA strengthening its commitment to the theory.

The question then becomes whether trying to avoid potential future litigation, and the associated financial risk, is a "legitimate business need." Signs thus far point to the agencies not agreeing.

CFPB Director Richard Cordray has addressed this issue in published remarks. Among other comments in February 2013, he stated that lenders "may be initially inclined to lend only within the Qualified Mortgage space, maybe out of caution about how the regulators would react." But he went on to state that "plenty of responsible lending remains available outside of the Qualified Mortgage space, and we encourage you to continue to offer mortgages to those borrowers you can evaluate as posing reasonable credit risk."

Thus is it unlikely the regulatory agencies would look kindly on practices that would, in their minds, arbitrarily limit the availability of mortgage credit, especially when it would disproportionately impact minority consumers. The key is to know for any particular lender whether a decision to make only QMs would have such an impact. 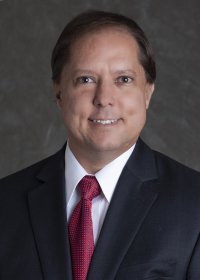 Carl Pry, CRCM, CRP, is managing director of Treliant Risk Advisors. He is a seasoned consultant with extensive banking law, corporate finance, and regulatory compliance experience. Pry has held senior leadership positions including senior vice-president and compliance manager for the Compliance and Control Division at KeyBank; manager of Finance and Performance Management Service Line at Accenture, and vice-president of Regulatory Services at Kirchman Corporation.