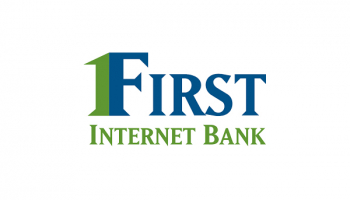 The deal, initially announced on November 2, 2021, was due to have taken place by April 30 this year, but regulatory approval was only received on April 29.

This approval required the banks to observe a statutory 15-day waiting period before completing the transaction. The two banks were unable to agree an extension to the deal or a final purchase price, according to a statement, so opted to terminate their agreement on May 1.

David Becker, CEO and chairman of First Internet Bancorp, said: “Despite efforts to negotiate, we could not arrive at a mutually agreeable increased purchase price in exchange for an extension.

“While the acquisition initially appeared to provide opportunities to diversify our revenue streams, we will not support excess deployment of capital without a clear and likely pathway to an acceptable payback. We remain steadfastly committed to increasing shareholder value.”

Becker acknowledged the “openness, hospitality and collaboration” demonstrated by First Century throughout the process.

Despite the setback, Becker said the bank was confident it would meet financial expectations for 2022, adding that it would continue to “source and evaluate additional strategic opportunities and have built a pipeline of actionable projects to drive results higher in future periods”.

First Internet Bancorp has assets of $4.2 billion as of March 31, and would have added more than $400 million in assets if the First Century acquisition had gone through. It founded the subsidiary in 1999 as a pioneering branchless banking service provider.