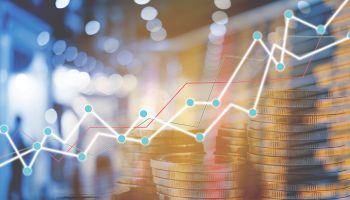 It may be too early to declare that we have a complete set of perfect best practices or standards for ICO and token sales, but it is not too late to offer some observations on bad practices.

Note that in this article, I’m critical of some ICOs’ practices that aren’t done right, but readers should know that I’m also supportive of the ICO process itself. [Editor’s Note: Also, read in a separate article, "SEC issues guidance about token offerings," regarding the recent pronouncements of the Securities and Exchange Commission on ICOs.]

I’ve written about the role of advisors, explaining my bias for mentoring value, and not promoting as their key role. However, advisors are routinely asked to explicitly promote their involvement with certain ICOs as part of the agreement they signed in return for free tokens. Such promotions can take the form of a blog post, with a title like “Here’s why I’m advising XYZ ICO.”

Although these blog posts come with degrees of authenticity, the fact that the “promotional ask” is formal implies that the expected role of advisors is to prop up the ICO’s visibility. To further accentuate this, some ICOs will allocate the advisor token shares based on sales milestones, as if the success of the sale depended on the promotional prowess of the advisor.

There is nothing wrong with influencers touting a specific startup once the company starts getting some work done in the marketplace. Venture capitalists and angel investors do that routinely via a practice often referred to as “pimping,” but they do it by conviction, not coercion.

Yes, I do tout certain companies, whether I’m an investor, advisor, board member, or not. But I do it out of conviction about these companies, based on real beliefs in them.

And they never ask me to do that. I do it on my own accord, on my own timetable, and as appropriate in the context being presented. I believe that this sort of organic promotion is more effective.

2. Coins that are listed right away.

When Ethereum completed its token sale in September 2014, you couldn’t trade Ether for at least another year. Actually, one of the terms of the sale explicitly stated that the tokens would not be distributed until the blockchain genesis was live. Specifically stated as, “Ether will NOT be usable or transferable until the launch of the genesis block. That is to say, when you buy ether and download your wallet, you will not be able to do anything with it until the genesis block launches.”

Logically speaking, there is no good reason (except speculative), why a token should start trading before its underlying network, protocol, or application is live. Yet, we are seeing tokens starting to trade mere days or hours after the initial sale completion, and in many cases for a period that will be 6-18 months prior to a working product launch.

That is the sort of thing that can make the whole ICO party crumble down, as some projects will undoubtedly get derailed or delayed further, sending their token price down to levels that will not let them recover.

3. Huge uncapped raises with no product.

Some ICOs are citing Ethereum as a reference point, to justify uncapped sales. (For background, Ethereum’s token sale was uncapped). But two things are different now.

First, we are not in 2014, when ICOs were few and far between. The environment today is full of frothiness, resulting in a lack of buyer objectivity.

Second, when Ethereum initiated its sale in July 2014, it was after 7 months of work around the globe by teams of developers and supporters that culminated in about 100 Meetups around the world supporting them.

So, there was already the beginning of something real and palpable in the making. It was not the result of sensationalizing a white paper or particular far fetched vision.

Uncapped sales that result in proceeds of over $50 million set some high expectations and make further increases in value in terms of multiples even harder. They tend to reward early investors/speculators more than serve the interests of the project, while easily allowing valuations to get way ahead of value too quickly, too soon, and with too much disconnection from reality.

Exceptions in uncapped sales would be for protocols or applications that have already achieved user engagement and traction in the marketplace, as these could more easily justify an ICO entry at the $100 million+ level, especially if the token is a real usage-token.

The sale terms for most ICOs are fairly loose, by intent. There is little accountability for shipping products, and everything is left under the assumption that self-discipline and self-management will produce results, even if the entrepreneurs have little or no experience in a startup environment. Some terms explicitly state that the team could abandon the project for a variety of reason, with no other recourse.

If things go bad, get delayed excessively, there is no real way to hold the team accountable, except of course to dump their tokens on the market if they were already trading (which is why trading their tokens too early is a risky proposition).

5. Websites that solely hype the ICO.

Some ICOs are promoted via websites that are dominated by ICO specifics, and have much less content related to the product, project, technology, and team.

There should be a balance between explaining the project, what has been done to-date, and the ICO itself. A white paper alone is not a product roadmap, as some white papers are looking more like a product blueprint, more than a real visionary idea.

In private companies, vesting and lockup periods are private and nobody else’s business. But, public companies disclose management options and their vesting schedules.

ICOs are like public companies from Day 1, because they are taking public money, whether they are public-good protocols or bona fide applications or technology. However, most ICOs are choosing to disclose scant (or selective) details about the actual lockup periods and vesting schedules.

You can’t fault entrepreneurs for being creative. That’s one of their key traits.

However, we’re seeing an incredible amount of financial engineering in the actual ICO mechanics. For example, changing the sales rules mid-course during the ICO (citing whatever reason) by manipulating the smart contract is a breach of public trust. It shows the company would be willing to further such abuse in the future, if they chose to.

ICOs that run without a surprise should be the norm.

8. Use of proceeds is a black box.

Sure, many ICOs display the proverbial “Use of proceeds” pie chart, and it goes typically like this: % on software development, % marketing, % operational, % legal, etc. That level of disclosure is so gross that it leaves a lot of room for interpretation at the operational level, and it raises many open questions.

But these categories are loosely defined, and can be easily poked at. For example, why isn’t legal part of operational? And does operational include contractors or just employees?

Another part of the black box practices is not revealing the currency conversion plans into actual company reserves. What is the treasury role for the ICO?

All ICOs should have an official audit 30 days prior to the completion of a sale, and results should be communicated.

This is why I created Token Filings, which is a disclosure database focused on what happens after the sale. Companies are living organisms that change over time. Those changes should be communicated via on-going updates via standard, subjective metrics. For example, ICONOMI releases monthly updates and comprehensive quarterly financial reports, not unlike the practice that public companies adhere to.

Everybody likes to get paid as soon as their services are delivered. But when advisors receive tokens that are instantly liquid, it reinforces the fact that their services have been rendered, and potentially no longer needed, therefore perpetuating the reality that their job was to promote or legitimize the sale. I’ve already harped on the point that ICOs should think of advisors like mentors, not promoters.

If you are VC, you would easily cringe or hold your nose at the above practices. That’s why most VCs are not playing according to these rules, and entrepreneurs are not missing them.

With ICOs, permissionless funding is the norm, and the entrepreneurs are having fun writing new rules, while ignoring some old ones.

Despite these questionable and loose practices, ICOs are not a bad phenomenon. Hopefully, these excesses won’t come back to haunt us too soon.

ICOs are playing the small company games that big companies used to play, but many of them are making mistakes along the way.

I’m all for creativity and challenging the status quo in venture funding, but common sense is not something that is going out of fashion anytime soon.

(Thanks to Fred Wilson for suggesting a couple of these points, after I shared my original list.) 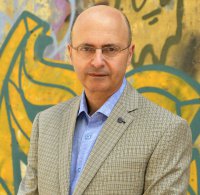 More in this category: « Tokenomics 13 questions for the Blockchain as we enter 2018 »
back to top