Is it Time for the Resign of the E-Sign …

Fintechs and the Government Teamed Up fo…

US Consumers ‘More Adventurous’ When Swi…

From the Bitcoin Pizza to Bitcoin Treasu… 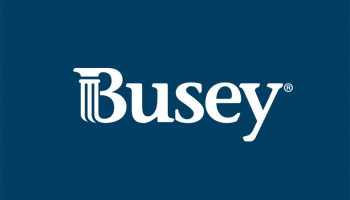 Illinois-based First Busey Corporation is to acquire Glenview State Bank (GSB) to strengthen its presence in the Chicago area, it announced this week.

First Busey, the holding company for Busey Bank, is to buy Glenview’s parent company, Cummins-American Corporation (CAC), according to a January 19 statement.

The deal will strengthen Busey’s presence in the Chicagoland metropolitan statistical area, improving its share of the deposit market this region to a top-20 position.

The deal, which is subject to approvals, including the approval of CAC’s shareholders, is due to close in the second quarter of 2021.

Busey said that GSB would be merged with and into Busey Bank following completion of the merger, while GSB banking centers will become branches of Busey Bank at the time of the merger, and together will serve customers from 70 full-service locations and have combined assets of $11.9 billion.

Van Dukeman, chairman, president and CEO of Busey, said: “We believe this strategic merger will benefit our clients through enhanced capabilities and products in commercial banking, wealth management and depository services.”

The deal would create the US’s first public “neobank”, the lending company said in a statement.

Scott Sanborn, CEO of LendingClub, said it was a “watershed moment for the industry as we become the only full-spectrum fintech marketplace bank in the US”.

LendingClub expects the acquisition to close on or around February 1, 2021.

The acquisition is the latest in a series of ground-breaking deals involving fintechs or online banking providers.

Earlier this month, the Office of the Comptroller of the Currency (OCC) announced it had conditionally approved the conversion of Anchorage Trust Company to become Anchorage Digital Bank, making it the first bank to handle crypto assets.

The OCC approved the first fintech bank, Varo Bank, in June, while San Francisco-based fintech SoFi was granted preliminary approval for a US bank charter by the OCC in September.

In another first, August saw fintech start-up Jiko receive approval from the OCC and the Federal Reserve Bank of San Francisco to acquire Mid-Central National Bank.

To satisfy consumers’ growing use of digital everything, your bank must move beyond paper statements and embrace next generation digital. Join this free webinar to understand how your bank can provide meaningful conversations and the best possible customer experience by crafting personalized communications that are well designed, error-free, and device agnostic—while delivering timely, engaging, and informative documents.