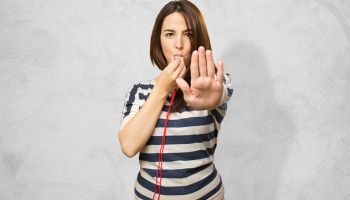 The blockbuster Standard Chartered settlement announced last week provided us more proof that we need an anti-money laundering (AML) whistleblower program, like the one currently under discussion in a House Financial Services subcommittee. On Tuesday, the London-based multinational bank, agreed to pay over $1 billion to settle allegations that it helped clients conceal transactions in Iran, in violation of U.S. and U.K. sanctions. What is notable about that settlement, other than the magnitude, is that it took a five-year investigation to root out the bad behavior, even though  Standard Chartered was already under a deferred prosecution agreement that required its cooperation and gave U.S. authorities additional visibility into the bank.

That case highlights just how hard AML enforcement is. Money laundering – the various ways that criminals, terrorists, kleptocrats, and tax evaders turn dirty money into clean – has grown with the internationalization of our financial systems. Even as banks put increasing resources into investigations, compliance departments, and even artificial intelligence, new technologies make money laundering even easier to accomplish.

The rise of cryptocurrency, which sidesteps the banks and permits anonymous financial transactions almost anywhere, is also partly responsible. All of this is aided and abetted by secrecy jurisdictions like  Nevis that stubbornly insist that people and shell corporations should be able to move money in secret, without anyone being able to identify them.

All of this means that even with robust law enforcement, the likelihood of detecting money laundering is low. The Standard Chartered story shows that even traditional transactions pose difficulties to law enforcement, because agencies lack the direct access to financial records that financial institutions possess. As a consequence, the worldwide money-laundering problem is now massive, and not limited to garden variety rogues. According to the International Consortium of Investigative Journalists,  “$8.7 trillion, 11.5 percent of the world’s wealth, is hidden offshore.”

Thankfully, there is a solution. Whistleblowers can provide inside information that can help law enforcement target this criminal activity. Over the past few months, we have seen the result: the German raids of Deutsche Bank, U.S. indictments of three employees and a client of Panamanian law firm Mossack Fonseca, and the Danske Bank investigation. All of these were the direct result of whistleblowers who provided information that told investigators where to look and explained what was going on.

This kind of inside knowledge, which only whistleblowers can bring to light, can spark new investigations and shortcut existing ones, limiting the need for special compliance programs and exotic computer models, whether by financial institutions or law enforcement. Insider knowledge is also critical because, as former FBI agent Dennis Lormelrightly noted in  his Congressional testimony on the proposed bill, “The reality is that no matter how robust an anti-money laundering (AML) program is, it cannot detect all suspicious activity.”

Wisely, the  proposed bill, under discussion before the Subcommittee on National Security, International Development, and Monetary Policy of the House Committee on Financial Services, would create incentives to encourage individuals with information about illegal money-laundering to come forward. Specifically, it would create a new program at Treasury’s Financial Crimes Enforcement Network (FinCEN) that is modeled after the highly successful whistleblower regime at the SEC.

Under the proposal, FinCEN would pay awards to whistleblowers who voluntarily bring forward information about violations of the Bank Secrecy Act, the primary AML statute, that results in monetary sanctions exceeding $1 million. Awards would range, in the discretion of FinCEN, from 10 to 30% of the sanctions and would be paid out of funds seized by Treasury and Justice Department’s, with appropriated funds filling the gap.

This new program, if enacted, would be an enormous step forward. Existing federal regulations permit small awards that are both discretionary and limited to the lesser of $150,000 or 25% of the fine or penalty, resulting in little attention to the program. Given that whistleblowers may face severe retaliation, the chance that an agency may decide to provide them with a limited award does not compensate them for the risks they undertake.

The SEC’s success with its program shows that these award provisions work, and they work well. The  most recent annual Report to Congress by the SEC’s Office of the Whistleblower described a “record year” for whistleblower tips and rewards. Like its sister program at the CFTC, the SEC program frequently rewards financial professionals for bringing to light illegal or fraudulent behavior.

The successes at the SEC and CFTC are also consistent with the Justice Department’s whistleblower tool, known as the False Claims Act, which has netted the Treasury over $40 billion in whistleblower-originated fraud recoveries since its enactment in 1986.  And the IRS whistleblower program has recovered $3.6 billion in unpaid taxes and penalties since 2010.  All these agencies have seen that effective enforcement depends on providing support and incentives to whistleblowers to come forward with evidence of fraud.

The proposed AML whistleblower program would fill the large enforcement gap left between these programs, none of which incentivize rooting out the criminal money-laundering that, for example, constitutes most of the illegal activity revealed by the Panama and Paradise Papers, activity that did not necessarily violate U.S. tax or securities laws, but, to the extent it was in U.S. jurisdiction, did violate the Bank Secrecy Act.

It needs one additional piece, however. Currently, statutory provisions protect whistleblowers from being fired, blackballed, or otherwise retaliated against for blowing the whistle to law enforcement, a critical piece of successful whistleblower programs. But those provisions do not apply to internal whistleblowing, as when an individual reports to her superiors or compliance department about money laundering or breaches of AML controls. Yet most whistleblowers report internally first and only go to the government if their organization fails to fix the problem they have identified. Adding anti-retaliation protection for these internal whistleblowers would encourage them to come forward to those best positioned to address the situation, and only taking up the time and resources of law enforcement if their employer refuses to take corrective action.

As we have both seen in our practice representing whistleblowers, individuals with integrity, who uncover nefarious behavior, want to put a stop to it. Congress should give them the protection they need to do so, both through the anti-retaliation provisions that help preserve their careers and the award provisions that can offer them financial security when those fail.

Eric R. Havian is a partner and Michael Ronickher is of counsel at Constantine Cannon LLP where they represent whistleblowers in False Claims Act, SEC, CFTC and IRS matters.