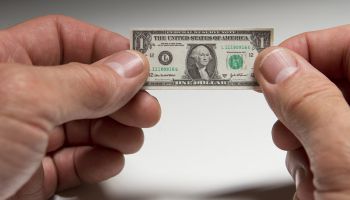 Banks are not racing back to the small-dollar lending space, despite encouragement from the Office of the Comptroller of the Currency.

On May 23, Comptroller Joseph Otting issued a bulletin clarifying that banks can offer short-term installment loans, a product category that banks had been skittish about under former OCC leadership. The bulletin reminds banks that they still need to comply with applicable state usury laws and underwrite loans that support borrower affordability. But the OCC's guidance does not imply any added enforcement beyond existing protocol. [Read, “Make small consumer loans, OCC urges”]

Richard Gottlieb, a partner focused on financial services at law firm Manatt Phelps & Phillips LLP, said in an interview that banks of all sizes could seize the opportunity to offer small-dollar loans, but not before the OCC clarifies exactly what is and is not permitted, perhaps through more guidance.

"It won't be overnight," said Gottlieb.

Superregional banks Regions Financial Corp. and U.S. Bancorp have been waiting on the sidelines for the regulatory environment to embrace small-dollar lending, but neither bank appears ready to dive into installment loans at the moment.

Asked if the company would be interested in offering small-dollar loans because of the new OCC bulletin, Regions spokesperson Evelyn Mitchell said the company is reviewing "evolving regulatory guidance." Regions said it is servicing the need for smaller amounts of credit through products like savings-secured loans.

"It's clear that consumers have a need for small-dollar loans and we continue to consider how to best meet the financial needs of our customers and communities," Mitchell said in a statement.

In a statement, U.S. Bank spokesperson Greg Vadala similarly said it is interested in developing small-dollar products and services, adding that it "welcome[s] guidance from regulators that will help us and other financial institutions."

Waiting for tides to abate

The industry is likely waiting for the changing tides of regulation to settle before re-entering the payday lending space.

For example, the OCC guidance only addresses installment loans with maturities longer than 45 days. Small-dollar loans shorter than 45 days are currently regulated by the Consumer Financial Protection Bureau's payday lending rule, which is scheduled for a compliance date in August 2019 but is under review by acting CFPB Director Mick Mulvaney.

There is also ambiguity around deposit advance products, a specific type of small-dollar loan in which the financial institution draws repayment from the customer's next deposited check.

The OCC notably scrapped 2013 guidance discouraging the product and opened the doors for OCC-regulated companies to offer deposit advance.

Parallel guidance from the Federal Deposit Insurance Corp. remains an obstacle for banks that have displayed interest in the product, such as Regions and U.S. Bancorp, but the entry of a Trump-appointed FDIC head could mark the end of that guidance as well.

Lauren Saunders, associate director at the advocacy group National Consumer Law Center, said in an interview that in principle, banks have plenty of capacity to offer affordable loans and bring underbanked or unbanked customers into the safety of a supervised industry. But Saunders questioned the attractiveness of the business and argued that some banks already offer small-dollar loans by offering a suite of overdraft services.

"I don't think we can expect banks to jump whole hog into small-dollar loans until [regulators] get rid of the abuses in the overdraft fee market," Saunders said.

The payday lending industry also does not appear to be worried about banks taking over market share. The Community Financial Services Association, which represents payday lenders, says that while it welcomes competition in the space, banks appear to find small-dollar loans unprofitable.

This article originally appeared on S&P Global Market Intelligence’s website on May 29, 2018, under the title,"Banking industry expresses lukewarm enthusiasm for small-dollar lending"