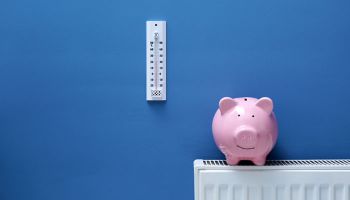 Much of the year I live in San Antonio, a large city with a smaller city feel. And Texas is a state with lots of community banks. Wouldn’t you think that the local banks would be having a lot of “community” chatter in an environment like this?

We have most of the giants here and some strong regional banks. But we’ve got a lot of community banks where owners and staffs can project a strong local flavor to their business.

Some of them still do—but it’s not like I remember it a few years ago.

Back then community banks pretty much everywhere were concerned about losing their independence to the mega institutions. They wondered what that would mean to their local communities and their economies.

And they were vocal about it.

What does the silence mean?

Does the relative silence on that subject now mean that the issue isn’t urgent any more?

Might it mean that the community banks are “giving up”?

Are they unable—or unwilling—to fight for their independence with the same fervor? Or with any sense of an ability of preserving the best of our past?

There’s a disturbing parallel that has occurred to me. How many remember when local hospitals specializing in cardiac care and treatment were springing up in cities around the U.S.?

Years ago, I made the pitch for the business of a heart hospital that was opening up in Albuquerque. Some of the doctors who were the financial sponsors of the hospital were our customers.

I came to understand their view of the opportunities and I shared their enthusiasm for the business model.

The doctors were enthused by the prospects of “practicing medicine the way we want to do it.” They wanted to practice without dictation in granular detail by the federal government in concert with the largest health care insurers.

Good intentions. But many of these hospitals that opened up 15 and 20 years are no longer independent. Much larger hospital companies acquired them, as that industry has consolidated in ways very similar to banking.

To be sure, banking and healthcare are very different industries but they share two common characteristics: each is highly amenable to scale and each is highly regulated.

So what’s the prognosis (if I may use that term) for the community banking segment of our industry? Robust or not so robust?

First, let’s understand that there are certain conditions that will always give rise to independent banks. These include remote geography or banks formed to perform limited and specialized services.

But are community banks as we understand the term going the way of some of the heart hospitals?

And does anyone care?

The reason I’m thinking about this is that just the other day I had reason to check on the business base of a large community bank in Eastern Pennsylvania.

The company’s website was good and the text describing the bank’s services and business lines was excellent in the way it conveyed the flavor of a smaller, hometown approach to business. That’s not always an easy feat for a company with over $1 billion dollars in footings.

But here’s what caught my attention.

In describing the bank’s approach to its trade area, the paragraph ended this way:

That’s the sort of “pitch” that I’d not remembered seeing in quite a while. It tied the bank’s people to the community in a personal and friendly way. And it’s utterly free of “spin.”

Where did our gumption go?

I’m afraid as I reflect on this the last few days that many of us who have prided ourselves on being community bankers may be giving up on what that really means.

Are we saying by our relative silence that maybe it’s an old-fashioned concept? That it’s less viable or relevant in recent years?

In the last 20 or so years, credit underwriting has undergone a depersonalization that largely eliminates the human factor in the decision-making.

In hindsight, it was a forerunner of what we now think of as AI—artificial intelligence.

Each new step seems to be a step away from our customers, not toward them.

Each bank, each financial institution, has similar types of constituencies. But the larger the institution, the less personal the address is to these constituencies. Increasingly, return on equity is the governing metric and for a business model that funds itself in international markets, that’s understandable and perhaps it’s inevitable.

But I don’t want to work that way. I’ve had too much satisfaction in my career on the personal side of banking—the face-to-face encounters and the interactions that have built and contributed to my community as a nice place to live and a prosperous place to work.

I hope that my reaction to that Pennsylvania bank’s website language is just an overreaction. I hope that there are still large numbers of bankers, bank owners, and communities of customers who value the personal interactions that have characterized banking from its inception.

I hope too that we all share a similar sense of our values of service and a holistic understanding of the term “community.”

After all, we live here too.

More in this category: « Community Reinvestment Act’s coming new look Some lessons from the sad tale of GE »
back to top