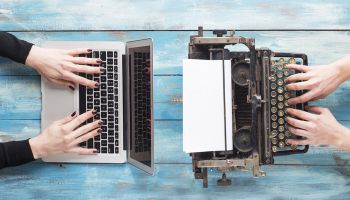 Digital marketing carries fresh risks, plus all the exposures of traditional ads.

A bank’s marketing department can open a simple social media account in minutes. An enterprising employee proceeding without guidance can, too. And both can land the bank in compliance trouble. The risk may be obvious right away, or may only reveal itself under rigorous analysis—including examiner review.

The headlines out of Washington regularly illustrate that social media and other forms of public digital communication can occur faster than the speed of thought. But for banks, venturing into the digital frontier—no longer an option for most players—comes with all the compliance baggage that traditional marketing techniques have, plus more that come from the instantaneous and often fluid world of digital marketing. Fair-lending compliance risk can be an especially challenging exposure.

And all the types of disclosures that traditional marketing had to include must be delivered in the new forms of communication, but analyzed differently in light of how the internet works.

The tools available to marketers today range from email to social media to various types of advertising on websites and through search engines, such as Google and Yahoo. All the old rules apply, as well as new laws, such as the CAN-SPAM Act, which sets rules for commercial email.

At the Regulatory Compliance Conference of the American Bankers Association held earlier this year, a panel addressed the challenges of digital marketing in all its stripes.

In print advertising, an asterisk leading to a footnote on the same page can lead the consumer quickly to required advisories. On a small screen, such disclosures may be delivered via hyperlinks or scrolling. Both must be used carefully.

Regarding hyperlinks, Huffaker said it is critical to make them very obvious—a bold typeface is a must to signal to the user that an important notice should be read. “You have to draw the consumer’s eyes,” she explained.

Huffaker said banks also must pay heed to where links on such ads lead the consumer. Simply linking to the bank’s home page won’t help much. Many banks’ websites are broad and deep. She said consumers should be pointed to a specific page relating to the product. And the continuity and quality of the disclosures made must be maintained.

Huffaker suggested banks follow a “one-click” rule: Any important disclosure should be that close to the original marketing message.

Including a disclosure farther down on the original message may seem safe, but she said this must be done with care. “I would caution against excessive scrolling,” said Huffaker. “Most of the time, consumers will not scroll to the bottom.”

As an illustration of new media’s wrinkles, Huffaker walked the audience through a hypothetical media buy strategy.

In the case study, the sample bank planned four digital media buys for its campaign. First was a Facebook news feed and slide show ad to be presented to targeted zip codes in the Kansas City area. Second was a “native ad”—a form of content marketing—targeted to searches arising in the Springfield, Mo., market, using the interest areas of “shopping,” “travel,” and “personal finance.” Third was a pay-per-click ad on Google SEM, using the keyword “credit card.” The buy was for all counties where the bank had a branch. (Google SEM—search engine marketing—allows advertisers to bid for their clickable ads to appear in Google search results. These are the paid items you see at the top of your search pages.) Fourth was the bank’s use of “internal assets”—in this case, advertising emails. The bank targeted customers in its database who did not already have a credit card, and included all markets and all households that the bank serves.

Huffaker said the geographic element in the first three parts of the media plan are typical of bank buys. As a business that is still substantially defined by geography, this is a natural cost-containment method. For a nonbanking company, the decisions are all about budget versus reach, but banks face compliance risks with every element of the buying plan.

One immediate exposure is the risk of being accused of redlining. How a bank markets, and where, inevitably involves geography and this defines to whom the marketing is addressed. Advertising outreach is evaluated both in fair-lending and Community Reinvestment Act compliance examinations. Inadvertently cutting out majority-minority census tracts, for example, exposes the bank to redlining risk, Huffaker said.

Media buying decisions likely aren’t being made to intentionally discriminate, but the potential impact of decisions, not just the motive, must be considered.

At Arvest, Huffaker said, compliance staff routinely overlays proposed target zip codes for a campaign over the census tract maps for the markets the bank serves. Close attention must be paid to majority-minority and low- and moderate-income census tracts that may or may not be included in the anticipated buy.

Huffaker said every media strategy has a marketing “story” behind it. Compliance must not only understand the story, but also must be able to communicate it to examiners.

The challenge goes beyond maps. Huffaker explained that the choice of interest areas and keywords targeted carries significance in the compliance mind-set. What seems like a practical or innocent choice may have implications in who will be exposed to the bank’s messages and who won’t. Either way, there may be compliance-oriented implications. Does a particular choice appear to have a gender-specific impact? Does it have an effect on the age groups that will see the message? Again, understanding the story is critical.

Huffaker said Compliance must understand how the choice of media buy will match the markets the bank serves. As an example, she referred to the difference between Google SEM and Google Fiber. The first refers to the pay-per-click ads that appear in search results, which was discussed earlier. Google Fiber is that company’s own paid internet access service. Ads purchased on Fiber, she said, are display ads that all users are exposed to in the zip codes selected.

Even with such numerical analysis, a bank must look further, Huffaker explained. Her own institution has a branch that is at the very edge of one of its county markets. Across the street begins another county, which is a low- to moderate-income location right in that spot. She suggested that while the county analysis may look right, examiners may question a buy that appeared to exclude the market beginning across the street. She said Compliance would counsel Marketing to include that area in its buy decision.

There’s a further complication inherent in modern media decisions, Huffaker added. “Digital media buys can be very dynamic.” A marketing manager can tweak media buys with a few clicks, so a campaign as originally deployed may evolve into something that looks different as the manager attempts to maximize the value of what the bank is paying for.

“Stay very close to your marketing department,” Huffaker advised. “Make sure you understand the execution of those advertising changes.”

Clearly, communication between Compliance and Marketing must be continual in this fast-paced environment. The ease of setting up digital marketing campaigns doesn’t negate the bank’s compliance obligations. “Getting on the same page as your marketing people is important,” Huffaker said. “That can be a tricky group to work with.”

Huffaker said a very helpful step taken by Arvest, once the bank determined that much more digital marketing would occur, was a “digital marketing summit” between Compliance and Marketing. Staff devoted two days to discussing the many issues.

“We set the table on how we would do digital marketing and how it was going to work in the organization,” said Huffaker.

“Marketing people are pathologically positive,” Huffaker said, and Compliance needed to illustrate the importance of having everything in order. The summit covered what was available, what was permissible, what was forbidden, and how to address changes in execution after a campaign’s initial deployment.

Every form of digital marketing has its own set of challenges. Email, for example, hinges on distribution and list management as part of the compliance challenge. Social media outreach entails monitoring compliance and “listening” to what’s out there. That includes monitoring social media activity for consumer complaints, which must be addressed, as well as keeping an eye on employees who may take social outreach into their own hands.

At all stages, Huffaker added, digital marketing must be monitored and tested to be certain that it remains in compliance. This may seem straightforward, but she noted that not everything in digital media is like that.

Huffaker pointed out that digital marketing monitoring tools can be very complicated to use and understand. And, in spite of the nature of digital technology, she warned, they are not always precise. There is a multitude of factors to measure, ranging from how long a consumer stays on a landing page to where on the bank’s site they head next.

More in this category: « 10 reasons your bank should be livestreaming How #hashtags transformed customer experience »
back to top