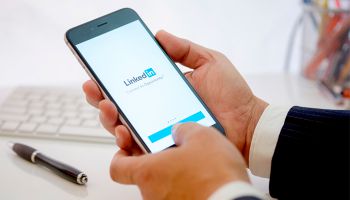 LinkedIn is becoming an 800-pound gorilla impacting banking. Yes, banking. Even for some veteran bankers not normally engaged in social media or inclined to care about technology trends, this is an important development.

LinkedIn rose up organically as an app used mostly by Human Resources, then by lenders and community outreach leaders, and, ultimately, by the banking C-suite. The phenomenon is that the technology managed to infiltrate the workplace without information technology or any line of business driving or overseeing it. With the rising importance of data and social media in business relationship development and now with Microsoft’s $26 billion acquisition of LinkedIn, it may well become a key part of many banks’ vendor management programs. How did banks get here?

1. The “Eddie Haskell” connection stage. Techies, headhunters, Realtors, vendors, consultants, and that “kid you met at summer camp” all united to slam inboxes with “since we trust each other” connection invitations.

2. The “if Human Resources builds it, recruits will come” stage. Human Resources began using LinkedIn to recruit new employees and worked to get LinkedIn pages for their banks, if just to protect their recruiting image. Realizing the power of information, references, and targeting capabilities, LinkedIn’s use grew naturally and at the expense of less social Human Resources’ recruiting platforms. For a sense of how dramatic this shift has been, recruiting platform Monster was once worth $8 billion and was still worth $5 billion in 2007 as LinkedIn began its ascent. Monster recently sold in a $429 million fire sale, a valuation below one-times revenue. By contrast, the LinkedIn sale to Microsoft is valued at eight-times revenue. At a recent roundtable of banking industry human resources executives, 100% reported using LinkedIn every day. And what functioning competition is there now to LinkedIn?

3. The “show me the money” stage. After initially networking for their jobs, loan officers saw the marketing value within their personal networks. Some commercial and mortgage lenders took this to new levels, and LinkedIn began fanning the flame with industry exposure and promoting some services.

It’s no wonder that a Microsoft executive said that the combination with LinkedIn could create “the ultimate selling tool, the ultimate customer support tool.” In addition, it was no surprise that Salesforce fought the acquisition tooth and nail as Salesforce envisions tight (read: anticompetitive) Microsoft-LinkedIn integration.

4. The “cat is out of the bag” stage. CEOs and other senior leaders outside Human Resources got into the action with personal recruiting of management and specialized talent. Banks realized the power of personal over corporate LinkedIn dialogue. This is the reason why the Microsoft-LinkedIn combination has so much potential. It’s not just Linked-In’s unique data and network. It’s that the combination can tie a historic commercial banking strength (the human energy of lenders driving community connections to banking relationships) to a historic commercial banking weakness (engineering the revenue generation process in a scalable way to leverage talent). 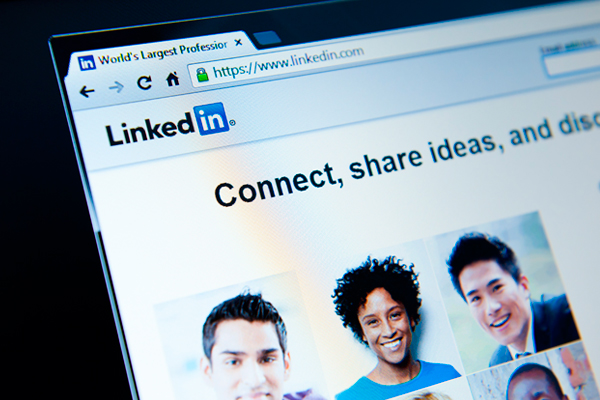 Microsoft’s acquisition of LinkedIn should catch the attention of every bank CEO, CFO, and CLO because of the growing connection between social networking and customer relationship management

Microsoft’s acquisition of LinkedIn will bring a new, potential fifth stage. The development is as much about business impact as technology impact, and it should have the attention of every CEO, CFO, and CLO—not to mention the CIOs or CMOs already reading the tea leaves. The driver is the growing connection between social networking and customer relationship management.

Increasingly, business and consumer relationships are initiated or proliferated in social media. More and more purchases are being influenced by social interactions, social connections, reviews, and endorsements. And more and more critical communication is reaching decision-makers in opt-in social networks versus opt-out, filtered and blocked email or the open internet. Not just consumers, but businesses.

In a recent review of similar banks that are stronger and weaker users of LinkedIn in Cornerstone Advisor’s GonzoBanker blog (http://www.gonzobanker.com/2015/08/dont-be-a-cold-fish/), the stronger use was tied to three-times higher return on assets driven by five-times higher loan growth. It was clear that senior management recruiting of lenders using LinkedIn was a key driver of the difference. Tying that strength into engineered relationship management is the logical next step.

Beyond Microsoft’s move to expand its value proposition in data and the cloud, the company has a stated aim to better integrate social (LinkedIn) with automation, including relationship management (Dynamics CRM). While both Microsoft and Salesforce have acquired some social management capabilities, the value of LinkedIn’s network and data is unique. CRM by itself (and especially without good data and integration) has turned out to have limited proof points, especially in the banking industry.

A recent study of midsize banks in the Cornerstone Performance Report found that while there is a small growing list of banks deploying Salesforce and Microsoft Dynamics CRM, around half are deploying nothing and the majority deploying CRM are doing so with lower- cost solutions integrated from their core system vendors.

The uniqueness of LinkedIn’s data clearly drove the acquisition bidding war between Microsoft and Salesforce because it increases its own integration strengths outside of banking systems—specifically integration to social data.

So how will relationship management technology and social technology work together to create real business impact? The jury is still out.

Recent Cornerstone Advisors research on system add/replace rates shows that planned changes in marketing and sales systems like CRM and origination are two times higher than those in core and payments systems. And even in online or mobile banking replacements, the user experience connection among transactions, relationship management, and content management is a growing driver of change. Increasingly, it’s about how does a bank convert better online and mobile experiences to new expanded relationships.

Without a doubt, the industry is in the process of engineering its human energy-driven revenue generation processes to be more systematic and scalable. And social technology sits in the middle of those processes and can have a real impact. Leaders will shape that impact as the capabilities unfold.

The Microsoft/LinkedIn acquisition points to another growing phenomenon in banking: Enterprisewide technology initiatives are now as common as departmental initiatives.

As noted, LinkedIn is leveraged by users all across the bank. It’s not a line of business app like a mortgage origination system driven by Lending or a payroll or performance management system driven by Human Resources. It’s driven by nearly everyone. But it’s also not centrally managed at a bank like a core system. And, increasingly, these enterprisewide systems are used in the cloud, even in the very largest banks. 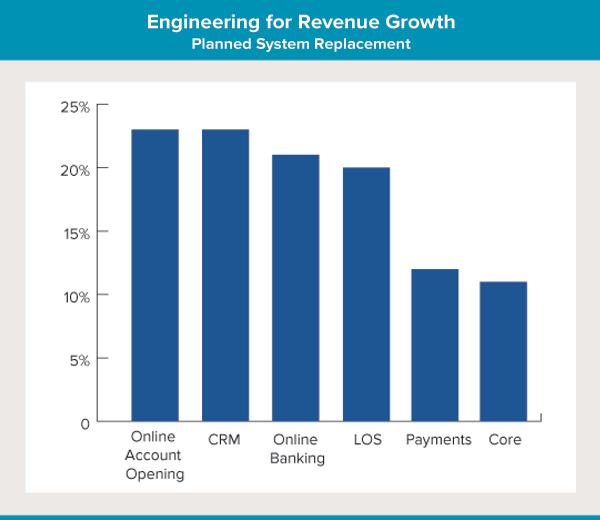 Technology coordination across lines of business is a growing, complicated phenomenon that requires a new vendor/partner management process, covering risk, cost, and benefit assessments, and resulting in higher organizational accountability. Bankers tend to think about vendor accountability in terms of compliance, but our experience has been that most vendor performance failures at banks are due as much to internal coordination issues as to vendor wrongdoing.

In addition, performance failures are especially common in technologies deployed across the enterprise without central oversight. And, operationally, that is exactly how both social and relationship management technology are typically deployed.

Banks often do have central oversight on paper. But it’s mainly from a risk perspective. What the Microsoft-LinkedIn merger points out is the other two pillars of vendor management—cost and benefit—are actually more important than the risk pillar. From a risk management perspective, if banks increasingly leverage Microsoft and LinkedIn capabilities (cloud-based email, CRM, recruiting), they still may not be considering Microsoft a critical vendor. Some CRM systems are viewed by many banks to be of lower criticality. Origination systems are typically viewed as more critical, but only some origination systems also include CRM capabilities.

The more important part of the equation is management oversight and coordination from cost and benefit assessments. It’s not just vendor management, but vendor performance management—accountability. As a bank generates more of its revenue from engineered processes (like relationship management and social), it’s more important to the bank’s viability that the technology driving those processes has a successful cost/benefit outcome.

Does the bank have an effective means for the CFO to oversee and gauge bankwide cost management of technologies and push spending redirects to fund key growth initiatives? Does the bank have a coordinated way for lines of business to gauge the successes or challenges in the benefit from these deployments?

The now-completed Microsoft-Linked-In combination is one of many industry developments that point to how addressing these questions will increasingly be important for banks going forward as part of a total risk-cost-benefit approach to vendor performance management. This is true especially as banks are more and more reliant upon technology providers not just to automate and manage costs, but to engineer revenue creation.

More in this category: « It’s time to engage your market The tweet heard ‘round the world »
back to top