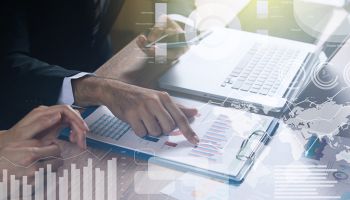 Disruption can be a lot of fun, but, in the words of one regulator, when a fintech touches a bank, they've touched a regulator too.

One of the noteworthy things about attending fintech events is the sheer level of enthusiasm present. And why not? Frequently fintech companies not only have an interesting new concept, but resources provided by at least one big slug of venture capital. They’ve got rocket fuel and a very focused mission.

Contrast this with many banking conferences, where the long shadow of regulations and compliance looms over the bankers.

A late September gathering in New York turned out to be a mashup of both.

FinTech Innovation Lab held an evening for fintech players in Manhattan with regulators from the Office of the Comptroller of the Currency, the Consumer Financial Protection Bureau, and the Federal Reserve Board.

Jonah Crane, former deputy assistant secretary of the Treasury, and now the FinTech Innovation Lab’s Regulator-in-Residence, moderated the panel. (The Lab is a joint effort of the Partnership for New York, Accenture, and a large group of sponsoring financial companies that mentor new startups.)

Getting to know you

For a crowd that is all about virtual, the evening was a mostly pleasant taste of face-to-face—regulators, up close and talking about their work to a fresh audience. The evening began with appetizers and one could say it was an evening of regulatory hors d'oeuvres.

Moderator Crane asked the panel what has changed to lead their agencies to reach out to learn more about fintech.

Beth Knickerbocker, chief innovation officer at the Comptroller’s Office, spoke of the accelerating growth rate of technology and its impact on the way consumers and business handle their financial needs. This spans everything from credit to payments to financial advice. Knickerbocker explained that the agency needs to get its arms around the trends. [Read “OCC innovation office builds fintech dialog”]

Knickerbocker noted that both banks and fintechs have begun to engage with regulators early on in their development processes now. They prefer to learn of potential issues before they become enforcement actions, she said.

Kelvin Chen, a specialist in fintech at the Federal Reserve, in the Division of Supervision and Regulation, noted that some regulators have spoken of the fintech boom in the same tones reserved for the dot.com bust of the early 2000s. But he pointed out that much has changed.

“Consumers have a much more intimate relationship with computing power than they did in the dot.com era,” said Chen. Just consider how much most consumers look at their smartphones in the course of a day.

“Studies show that people reach for their smartphones before they reach for their spouse in the morning,” said Chen. He added that consumers today are much more comfortable using a gateway service like Amazon that may actually connect them to all kinds of third-party sellers.

“This is very different from what we saw ten years ago,” Chen said.

Finally, he said, companies develop their businesses much differently than they used to. “Pretty much most of the firms we are seeing are tapping into someone else’s software stack,” said Chen, frequently using APIs (application program interfaces).

“We’ve got a lot of thinking to do now about how to help banks embrace the new world,” said Chen, speaking of the regulators. He added, for the benefit of the fintechs listening, that once they make a connection to a bank, plugging into the industry’s software stack, “you touch us.” (Chen noted that he works on the safety-and-soundness side of regulation.)

Erstwhile disruptors have already begun realizing that ducking the financial services regulatory system in some form is not a long-term game.

The earliest federal regulator to the fintech/innovation table was CFPB, which launched its Project Catalyst in 2012. Federal regulators thus far have not warmed to the idea of a regulatory “sandbox,” where innovators get to “play” for a time without worrying about regulatory sanctions. The approach is used in the U.K. and some other nations. Catalyst comes the closest, with its “no-action letter” program.

CFPB’s concept behind Catalyst was to encourage innovation of potential benefit to consumers. Moira Vahey, senior advisor, innovation policy, said the bureau’s intent was that as innovation progressed, consumers “deserve to be protected.”

What about you, regulators?

During the Q&A period, a member of the audience turned the discussion to the regulators themselves. How are the federal agencies adopting advanced technology, that is, in current parlance, “regtech”? (Some call the idea of regulators using tech “suptech” or “supertech.” )

At CFPB, such tech hasn’t been broadly adopted yet, said Vahey, though the bureau’s public complaints database was developed in-house and offers multiple functionalities.

Earlier in the evening, Knickerbocker had given her agency’s thumbnail history, notably that it had been founded during the Civil War. Crane kidded her, asking, “Beth, how is that 1865 tech stack holding up?”

“We got rid of the horses and buggies a while back,” Knickerbocker responded, with a chuckle.

More seriously, she said that “regtech wasn’t even a word back in 2016. And ‘suptech’ has just come along in the last couple of months.” She said that OCC was looking carefully at new tech out there that could help it work more efficiently. More effective analysis of the huge flows of data obtained by OCC from banks is one area of potential application, she said.

“We are in the early stages of this,” said Knickerbocker.

More in this category: « Analytical eye brings greater customer insight Is AI ethical? »
back to top