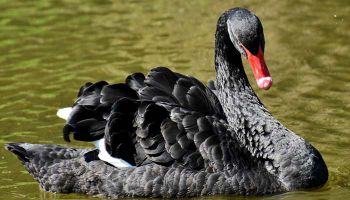 I’m going to talk about liquidity this round. Not my usual discussion point of shareholder liquidity—i.e., the ability of a community bank shareholder to sell his or her stock at a fair price at the time they want to—but bank liquidity.

It’s becoming a key current issue, after having been off the radar for years.

In its simplest terms, bank liquidity is the ability of the bank to meet the demands of its depositors. Bank liquidity has not been much of an issue over the last several years, but it is becoming one currently. The regulators in particular are becoming laser-focused on bank liquidity issues, so boards of directors and management need to be aware of what is expected and required.

Since the Great Recession, many bank deposit customers have had no place to “park” their money except in the bank. This resulted in banks being flush with what we all knew were “surge” deposits. This is basically deposits that flow in when interest rates are so low there are no decent investment alternatives for the money, and flow out when interest rates begin to rise.

As we are now entering a significantly rising rate environment, it is anticipated that many of those deposits may move other places.

Blast from the past

Prior to the Great Recession, two deposit gathering tools for funding balance sheet and loan growth were brokered deposits and listing-services deposits.

This was particularly the case in some of the major markets and with new banks. Many of the banks in difficulty during the Great Recession found quickly that those deposits were the first to leave the bank.

In fact, out of the approximately 500 bank failures resulting from the Great Recession, a significant number of those (not necessarily identified by the regulators) were liquidity failures.

I recall two in particular that were clients of our firm that had adequate capital at the time they were closed, but they were unable to generate funds to meet the demands of their depositors.

Each of our community bank clients likely has a Liquidity and Contingency Funding Plan. I have seen some “beautiful” plans that deal with every single contingency available on the funding side in the event the bank gets in trouble.

As asset quality plummets, however, those contingency funding sources “head for the hills.”

Why? Let me introduce you to the asset quality snowball.

The reality is this. If the bank gets in trouble and asset quality deteriorates (i.e., loans go bad), the reserve is now underfunded.

Unfortunately, earnings fund the reserve, and now that earnings have gone south from loans going bad, the bank begins to eat significantly into its capital account.

Now, the bank has capital problems, which means the snowball falls right onto management. They may have been brilliant for years. But now they are a bunch of ignoramuses, as evidenced by the bank’s current problems.

Who here believes the contingency funding sources available at the top of the hill are still available once the snowball hits bottom?

When it’s not according to plan

I recall many situations during the Great Recession when the sources that banks depended on for their contingency funding—other community banks, bankers’ banks, Federal Home Loan Banks, and even the Fed, the lender of last resort— went AWOL at the time they were needed.

Full Disclosure: I am a firm believer that contingency funding plans, kind of like contingency capital plans, are hardly worth the paper they are written on. Their primary purpose is to satisfy the regulators that we have thought about some of these “black swan” events.

I have run into a number of banks lately that, when flush with deposits, began (many on my advice) a reallocation-of-assets strategy. This is simply a strategy where the community bank does not really need to grow its balance sheet to improve profitability; it simply needs to reallocate assets from cash and securities into higher-yielding loans. Understandably, many of our clients, particularly those with loan-to-deposit ratios of 60% or less, pursued this strategy in earnest.

Some of them even pursued this strategy a little bit “too far.” While reallocation of assets is a good strategy, it cannot be without consideration of on-balance-sheet liquidity for the bank.

In other words, we cannot reallocate assets so that we have basically no cash or securities left.

At some point, the bank has reallocated enough. Its goal then is simply to continue to grow the balance sheet to fund the loan portfolio while maintaining the achieved allocation. As it does so, it needs to be very mindful of the type of deposit liabilities that the bank is attracting.

It is very easy, and frankly, even less costly, to use brokered deposits or listing service deposits in most cases. Historically, however, I think community banks will find those deposits are less “sticky” than core deposits. The argument, I suppose, is that some of the so-called core deposits are still the “rate chasing” deposits and are no more sticky than anybody else in the event the bank cannot be competitive with rate.

Interestingly, as an aside, if the bank gets in serious trouble under the Prompt Corrective Action provisions of the statutory/regulatory scheme, there are points at which the regulators will limit the growth of the bank and will limit the amount the bank can pay for deposits. At that point, you take what you can get.

Liquidity ranks high as a risk

Bank liquidity has never been a very sexy topic, although it has always been a critical one. Most community bank executives, and certainly board members, do not consider liquidity issues seriously. They can, however, tank your bank if you are not careful and do not maintain adequate on-balance-sheet liquidity and core sources.

All community banks should have a liquidity target for a variety of ratios. Some of these are as follows:

Each bank should also have a crisis target—in other words, a target that is an outside maximum for that particular ratio. The general target is where we are trying to be, and the crisis target is the worst-case scenario of where we could be and how to deal with it.

My recommendation to our community bank clients across the nation is that liquidity become a focus, not just because it will become a regulatory focus, but because the environment on the liability side, which has been so stable for so long, is now going to be changing dramatically.

More in this category: « Is your capital pie large enough? De novos: They’re playing my song »
back to top