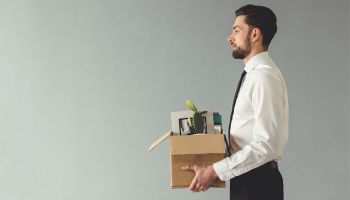 "Exit stage left" can sometimes be the best lasting contribution a troublesome director can make to the bank. Jeff Gerrish discusses key points to ponder before urging such board members toward the door.

A lot of “ink” has been used in this blog (and others) dealing with the issue of board and management succession. Oftentimes, the focus of those articles is to make sure the board adds individuals of integrity, character, expertise, and the like. That is all well and good—certainly a best practice.

There does, however, remain a very practical issue for many community banks. Let’s assume for a moment that you have all of the director candidates you could ask for at your disposal.

How do you get underperforming directors off the board to make room for those successors?

Unfortunately, this is simply not the reality on how most community bank boards function. This blog is going to focus on the reality of what it means to remove troublesome directors of any age from the board.

Any of this sound familiar?

• What do you do if one of your directors is politically active in the community—and half of the town has less than flowery opinions of the director for his or her opinions?

• What if you have a director whose face is plastered all over the newspaper as a result of getting a DUI?

• What if one of your directors has been accused of domestic violence?

• What if one of your directors is often obnoxious at meetings?

• Worse still, what if one of your directors shows up drunk and obnoxious?

I do not intend to be cursory or extreme. Unfortunately, these are real-world situations.

So how do you handle them?

The simple answer, at least in a “perfect” world, would be for the chairman to take corrective action with respect to the director. As I mentioned, it is not always that straightforward. Even the best of chairmen need support and a predetermined strategy.

Here are a couple of things to think about.

First, you need to make sure that you understand what options your bank holding company governing documents (i.e., the Articles of Incorporation and Bylaws) offer with respect to removal of directors.

Do those documents provide that a director can be removed without cause? Only for cause? If removal can only be for cause, how is “for cause” defined? This definition may vary, from some slight infractions to the guilty verdict in a murder trial.

In many cases, a director can only be removed for cause, so you need to have a good understanding of what needs to occur to meet the requirements, particularly if the particular definition is broad and expansive.

If there is ambiguity in the governing documents, it is best to address such ambiguities with an amendment before an issue arises.

I will note that it is important to distinguish between the holding company and the bank when it comes to the governing documents and removing directors.

Typically, community bank holding companies own 100% of the subsidiary bank’s stock. This makes removing a director from the bank board pretty simple because the holding company as the bank’s sole shareholder can call a special meeting of the shareholders to remove the director.

Shareholders typically have carte blanche authority in these matters, so the holding company can practically do what it deems best as it relates to the bank’s board of directors.

Trouble can save bigger trouble

Removals can become ticklish. However, recognize that while there are certain risks associated with removing a troublesome director from the board, those risks are almost universally less than the risk of allowing that director to remain on the board.

Obviously, there are reputational risks associated with calling a special meeting to remove a director.

Often the shareholders are not fully aware, if at all, that there is trouble on the board. If they are aware of it, then it may “poison the well” with respect to the shareholders’ trust in the board of directors as a whole.

This is a risk. There is no way around that.

However, this risk has to be balanced against the reputational risk of leaving the director in place. Often, the latter is more risky.

Again, is it worth allowing the issue to fester and cause more problems simply to avoid the reputational risk of admitting there is a problem?

These situations are often where the chairman earns his or her money by facing the issue head on. Sometimes dealing with troublesome individuals directly creates a layer of accountability that may afford a time of relative peace until the director rotates off of the board.

Otherwise, the Chairman may be able to approach the director and negotiate a settlement that would cause the director to get off the board while saving face and not exposing the bank to significant reputational risk.

As I mentioned earlier, these situations occur more than any of us would care to believe. Pretending that they don’t is a dis-service to our shareholders.

The best practice is to review your governing documents now and make any necessary modification before an issue arises. It will not make the situation less uncomfortable, but it can certainly reduce some of the risks associated with the interaction.

More in this category: « Money coming home from D.C. Should board members have “skin in the game”? »
back to top