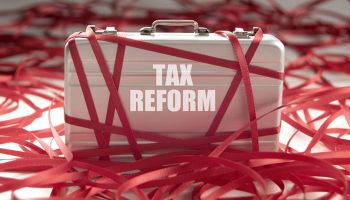 As many of you know, approximately one-third of the community banks and holding companies in the country currently operate as Subchapter S companies. As you may also be aware, the recently passed federal tax legislation impacts how income from pass-through entities, such as Subchapter S corporations, is taxed to shareholders.

Either way, the viability of Subchapter S status as a means to enhance value for shareholders of community banks and their holding companies has been called into question. I thought this blog might be a good vehicle to set the record straight as to the continued usefulness of Subchapter S under the new tax law.

The bottom line is that Subchapter S status is still the best vehicle for virtually every community bank to enhance value for its shareholders. This is true notwithstanding the drop in the corporate tax rate from 35% to 21%, for entities that remain in a C corporation structure.

• If a C corporation community bank has net income before taxes of $1 million, then the corporation will pay $210,000 in federal corporate income tax.

• The remaining $790,000 in corporate retained earnings will also be taxed if it is ever distributed to shareholders.

• Down the road, if a shareholder decides to sell his or her shares of the C corporation stock, or if the corporation is acquired by another organization, the shareholder will be taxed on the difference between the sale price and the shareholder’s basis in the stock at the capital gains rate.

What changes and what doesn’t

The Subchapter S election still eliminates the first level of taxation on corporate earnings, and it also alleviates some of the tax burden associated with a sale of stock down the road. It is true that shareholders will be taxed on their pro rata portion of Subchapter S income at their marginal federal income tax rates. However, the new law does provide some specific benefit for pass-through entities, such as Subchapter S corporations, which will likely be available to most community bank shareholders.

Under the new tax legislation, shareholders of pass-through entities, such as Subchapter S community banks, will be able to deduct 20% of the Subchapter S corporation’s business income before applying their individual tax rate for federal purposes.

To take the example from above, let’s assume again that the S corporation has $1 million in earnings.

• While this exceeds the $210,000 tax liability of the C corporation, you have to remember that all $1 million of Subchapter S earnings have now been taxed.

• Thus, the Subchapter S company can now distribute any or all of its earnings to its shareholders without any additional tax liability.

• Additionally, any amounts not distributed to the shareholders result in an increase in the shareholders’ basis in the stock, which reduces the tax liability if a shareholder sells its shares or if the corporation sells to another entity in the future.

We are assisting a number of community banks in analyzing whether they want to continue as a Subchapter S corporation under the new tax law.

The analysis is generally indicating that Subchapter S status is still favorable, not only from a current tax liability standpoint, but also from the standpoint of the impact on the shareholders’ basis in the stock.

While it may appear that C corporations’ “lower” tax rate on current earnings is preferable, Subchapter S status remains the preferred means of getting corporate earnings ultimately into the hands of the shareholders.

I think it is worthwhile for every Subchapter S organization to take a look at its election under the new tax law. With that said, I think what you will find is that it is still significantly beneficial to your shareholders to remain as an S corporation rather than converting back to a C corporation and becoming subject yet again to double taxation.

Read "Money Coming Home: What small banks can do with the windfall"

More in this category: « Avoid this M&A roadblock now Money coming home from D.C. »
back to top