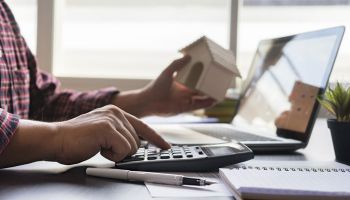 Since the Oct. 3, 2015, effective date of the TILA/RESPA Integrated Disclosure (TRID) rule, we have detected a continuing, mistaken impression in some quarters that the standard RESPA documents (GFE, HUD-1, etc.) are obsolete because they have been fully displaced by the Loan Estimate and Closing Disclosure.

That impression was fueled in part by webinars and newsletter articles whose titles and headlines informed us "The HUD-1 is Dead: Long Live the Closing Disclosure!" and "HUD-1 Going Away: Understand New Closing Forms, Procedures."

Those titles and headlines told only part of the story.

But in conjunction with months of sustained and intense focus on TRID implementation in 2014 and 2015, they created conditions in which some experienced what we'll refer to here as “TRID tunnel vision.”

This syndrome is characterized by:

• A clear perception of TRID's impact on the application and origination process for one class of residential mortgage loans, and

• Failure to recognize that TRID's impact does not affect loans that fall outside that class.

A sample from recent inquiries that we receive shows that TRID tunnel vision persists, though at a lower level than a year ago.

The rule … and the exception

Since long before TRID was finalized, the rule regarding the use of GFE and HUD-1 has been fixed.

Consider this regarding the latter document: "Either the HUD-1 or the HUD-1A, as appropriate, shall be used for every RESPA-covered transaction, unless its use is specifically exempted." [12 CFR 1024.8(a)]

The Dodd-Frank Act and TRID final rule did nothing to alter that pronouncement.

But they did implement a new exception to the rule. In accordance with 12 CFR 1026.19(e) and (f), creditors now use the Loan Estimate and Closing Disclosure documents, in lieu of the RESPA documents, for closed-end consumer credit transactions (other than reverse mortgages) secured by real property or a cooperative unit.

We believe this “rule/exception approach” to be the most useful way to examine this issue.

• First, understand clearly and completely the general rule or rules that govern the process you're working with.

• Then—and only then—consider the nature and scope of any exceptions that may apply.

There is no doubt that most residential mortgage loans are within the scope of the TRID exception. But their prevalence in the marketplace does not transform their status: They remain exceptions to the general rule stated in Regulation X.

What loan types currently use GFE and HUD-1?

In light of the analytical framework described above, this is the wrong question.

Instead of making a list of loans for which standard RESPA documents are used, creditors should presume that the RESPA documents will be used for all federally related mortgage loans, unless such use is specifically exempted.

But for readers who require a list, the rule/exception analysis described above shows that RESPA documents are still used for reverse mortgages, HELOCs; chattel-dwelling loans (i.e., loans secured by a mobile home or by a dwelling that is not attached to real property); and other transactions not covered by the TRID rule.

Mark A. White, J.D., is a banking compliance analyst at Wolters Kluwer.

More in this category: « Looking on as Cordray steps down “Why?” is the spade of root cause analysis »
back to top