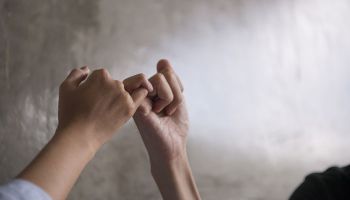 Executing a five-year contract only to wait three years for the promise is not an effective strategic plan!

The story you are about to read is true. The names have been withheld. What I’m going to describe has happened to all of us at one time or another!

A preface: The objective was to be competitive, and the vendor sales team said that it was all on the Road Map. The rollout was going to be in the fourth quarter.

Now you fill in the blank!

How many of you have had this experience? Once the contract is executed, the relationship moves from the sales dance to the cold reality of promises unfilled.

And you are stuck.

The sales cycle, vendor presentation, and ongoing discussion to close the deal is fraught with painted expectations using disappearing ink. After the deal is done, the sales team disappears. Then the Relationship Management Team steps in.

Quickly you realize what “On the Road Map” really meant.

So you gasp and exclaim, “But you said!”

They respond, “Yes, we said, but ‘On the Road Map’ is a tentative expression of what we are thinking, not a delivery deadline. We have not committed dollars to the project yet.”

“But you said ‘In the Fourth Quarter’!”

“Yes, we did, but that was described using the ‘In A Perfect World’ scenario,” they say.

You respond, “How were we supposed to know that?”

Furthermore, you executed an agreement with the expectation of the fourth quarter.

Now you are being told a couple of years.

Two things that are certain now that you’ve signed on. First, the sales team does not control system development. Second, the vendor is going to enforce your side of the contract.

They’ve got you, and there is nothing you can do about it. Frustrated, you throw up your hands.

And, by the way, that sales manager that leads the team that convinced you to sign the deal? He just retired!

4 ways to protect yourself

We have a few rules for you to follow that will help you to prevent this situation from happening to you.

1. Remember that a sales presentation is not a contract or a commitment from the vendor. Period!

2. If the product or service is not in production, don’t count on materializing!

3. If they say it is “in Beta,” get the name of the bank and call someone there right away.

4. If it’s important, make them prove it to you!

Some facts of life

The simple truth is that the sales team will say almost anything to you to get the deal, particularly when they are close to hitting their quota and qualifying for the annual sales retreat.

We have also found that a product not in production is not delivered and project priority funding can be changed pushing your expectation back.

Finally, when a vendor says it is “in Beta,” that does not mean a thing! The vendor may be waiting for the Beta candidate to agree to the test and install the software. It does not mean that the program or product is finished; has been rolled out to a customer; and that they are testing it.

Beta really means “Not There Yet.” Period! Nothing more, and it may also clue you in to the fact that they really don’t know when they are going to get there, too! Key fact that you need to know before you sign the deal.

Finally, rule number four really pertains to supporting and verifying your justification for the commitment.

Making them prove it to you supports a thorough due diligence process; protects your organization; and eliminates the possibility of having to gasp, “But you said!”

More in this category: « Imagine that! What was hot, now is not »
back to top