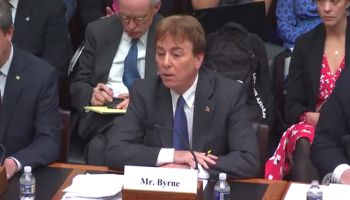 This week I had the opportunity to return to Capitol Hill and testify on the Bank Secrecy Act, for the first time in 14 years.

Clearly some things have changed—better technology in the hearing rooms and I didn’t have to send a messenger up with 50 paper copies of testimony.

Some things have not changed—members still have five minutes to ask questions or just to make a point. Clearly some were well-versed in the nuances of AML but many were not. (To be fair, with all of the many issues a member needs to follow, this is hardly surprising.)

Also, while all of us witnesses submitted lengthy testimony, we too only had five minutes to summarize key points and then respond to questions.

One never knows what resonates with members but I certainly hope they heard my one loud call—you cannot effectively address this area without consulting all stakeholders!

BSA/AML has decades of history

The hearing concerned several proposals, but the main one was a fairly comprehensive attempt to dramatically change elements of reporting and information sharing as well as addressing the ongoing beneficial ownership conundrum.

I was going to name this post “Wonderful World,” after the Sam Cooke song (“What a wonderful world this would be…”) with the key line being “don’t know much about history,” because the proposals to raise the CTR thresholds and to consider one form for both CTRS and SARs actually have a history.

For those of us veterans in AML we remember the early filings of CTRs with a suspicious transaction box that was woefully inadequate and led to SARs.

There is a written record of this, I swear.

I certainly battled to raise the CTR thresholds in the late 90s and in the last decade, but law enforcement made clear they would lose data (how valuable I leave to others to discern).

In 2017 the vast majority of banks of all sizes have automated systems that make raising the reporting requirements not so much of a burden reduction. A fellow witness claimed value in increasing the threshold but did admit that more needed to be done around reporting. For example, I pointed to regulatory criticism of exemption use as a bigger issue and he did not dispute that.

The problem for the broader audience of AML neophytes is that some members wanted to raise the threshold to $60,000 (!) while others correctly pointed out how much cash could be deposited in a day or week without detection at that level.

There clearly needs to be more research on what was said before, coupled with the prism of new technology, if we are going to address the volume of CTRs that simply take up space.

I offered a different approach after speaking to a number of industry colleagues—eliminate all CTRS and have financial institutions send cash transactions directly to FinCEN at whatever amount law enforcement and policy makers decide. With this proverbial “data dump” it would be much easier to determine value and the unfair criticisms by regulators on inadvertent late filings and other administrative penalties would go away.

Unfortunately I did not get any questions on this, but I will keep trying.

Remember why we are doing all this

The other parts of the hearing that surprised me was the lack of focus on how regulatory oversight impacts AML and takes it away from the core mission of reporting, detection, and prevention of the movement of illicit funds.

Also, in my opinion, when witnesses claim the entire AML regime is broken, they lose credibility.

While hyperbole is all the rage these days (to say the least) a review of 30 years of AML deserves reason, debate, and facts. The staffs on both sides of the aisle appear committed to that seriousness of purpose, so impacted AML entities need to respect that and not simply make over-the-top statements on burden.

If you do not believe you have a role in AML in 2017 you should not be at the table. Fortunately I feel most do.

There are many other issues from the hearing that I will continue to cover and discuss, such as how can anyone not believe we need some coverage on beneficial ownership information gathering?

Also, there’s the notion that broader information sharing between banks will somehow adversely affect privacy. Frankly, this claim baffles me. The fact that people believe this points to the need for more communication.

Finally, in the past AML issues were bipartisan and that still seems sort of true today, but there is much more skepticism about government than ever before.

Let’s stay engaged in this important debate to improve AML and listen to everyone—before making any changes.

* “Mercy Mercy Me” or the Ecology song was penned by Marvin Gaye in 1971 and was a warning about the environment. Still a challenge…

You can read written testimony and view the entire hearing John Byrne testified at on the House Financial Services Committee website.

More in this category: « “With or Without You”* “Days Of Future Passed”* »
back to top