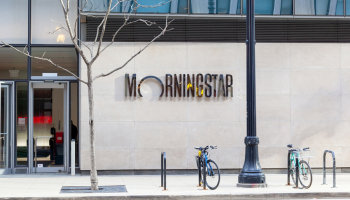 A “sharp increase” in shareholder E&S proposals has been observed in a new report by Morningstar.

Morningstar explained this was manifested in over 250 environmental and social (E&S) shareholder proposals being tabled in the year to June 2022.

In contrast, 145 proposals were tabled over the preceding 12-month period.

Morningstar assessed 25 managers with over $55 trillion of assets under management for the report.

The lifting of Trump-era restrictions on shareholder proposals at the end of 2021 has been a key catalyst behind this increase, according to Morningstar.

The "big three" index asset managers, BlackRock, Vanguard, and State Street — which account for $23 trillion of assets — were found only to have a “medium” E&S focus.

Amundi, Capital Group and J.P. Morgan were also found to have a “medium” E&S focus.

These asset managers often outline their expectations and voting intentions for climate matters, but in less detail than managers with a high or very high E&S focus, Morningstar explained.

Additionally, Morningstar noted that it is “much rarer to find specific policies for biodiversity issues within this group”.

Managers with a medium E&S focus also tend to have detailed policies on diversity, equity and inclusion issues, but offer less detail on human rights and labour rights issues.

Fidelity Investments, Franklin Templeton and Invesco had a “low” E&S Focus indicating that operational matters are left to management discretion.

For these firms, they were found to often give E&S issues a less consistent approach.

According to Morningstar, these managers often include detailed and specific policies on several climate-related themes and often cover other environmental themes such as biodiversity, natural capital, deforestation, and water usage.

“They also outline in detail their rationale, targets, and voting intentions for diversity, equity and inclusion (DEI), and human capital management issues, and often also have detailed policies for human rights and labor rights,” Morningstar added.

The two banking groups are focusing on ESG issues as ...