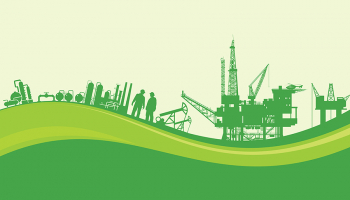 Schroders is to put pressure on oil giants including Chevron, ExxonMobil, and Shell at forthcoming AGMs to encourage a faster shift towards net zero.

The £615bn ($771bn) UK-listed asset manager has pre-declared its voting intentions for these major oil and gas companies, calling for them to publish climate targets consistent with the Paris Agreement. This aims to keep global warming to less than 1.5 degrees Celsius above pre-industrial levels.

Importantly, Schroders wants the companies to include so-called “scope 3” emissions, which relate to carbon emissions from the sale of their products. Shell has previously stated that it requires wider regulation to support this kind of reporting.

Tim Goodman, head of corporate governance at Schroders, said: “While most of these companies now have an ambition to achieve net zero greenhouse gas emissions by 2050 or sooner, their ambition is limited to their operational (Scope 1 and 2) emissions only. These companies are lagging behind peers in setting net zero targets that take into account the carbon emissions of the oil and gas that they sell.”

Earlier this month, South African asset manager Ninety One and BNY Mellon subsidiary Newton Investment Management co-signed a letter with the World Benchmarking Alliance (WBA) to 100 of the world’s most influential oil and gas companies.

The investors urged the companies to consider how an industry-wide transition to a low carbon economy would affect communities and employees, and plan how to accommodate these needs.

Nazmeera Moola, chief sustainability officer at Ninety One, said: “The abundance of renewable resources offer the opportunity, most especially for the emerging markets, to build affordable power and build new industries like green hydrogen, which could underpin both GDP growth and job growth in these countries. However, to achieve this, the needs of the affected workers and communities need to be taken into account.”