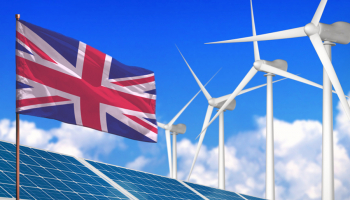 The UK has become the latest country to set out rules governing companies’ emission reduction plans as part of its commitment to become the first net-zero financial center in the world.

Financial services firms and listed companies will be forced to release details of their contributions toward a net-zero carbon emissions economy by 2050, starting next year.

Chancellor Rishi Sunak’s first alluded to the rules at the COP26 climate conference, hosted by the UK in November last year. He stated that, from 2023, companies will need to publish a plan including climate risk mitigation targets, goals to reach prior to 2050, and how they will achieve these interim goals.

The UK has set up a Transition Plan Taskforce, co-chaired by finance minister John Glen and CEO of Aviva Amanda Blanc.

“Preventing the worst impacts of climate change will take all businesses developing ambitious, consistent transition plans to get us to a low carbon future,” Blanc said.

According to a statement from the finance ministry, the taskforce will tackle the issue of greenwashing through new “rigorous and robust” measures.

If climate factors are set to directly impact upon a business, a company must disclose how this will transpire through dedicated reporting channels. The SEC is still consulting on the rules, which will also require companies to disclose their direct and indirect carbon dioxide emissions.