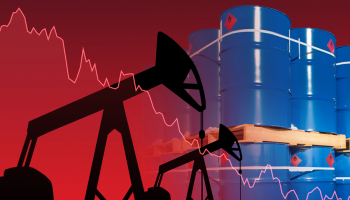 While gas prices increase, the Swiss bank Credit Suisse set a new target this week to decrease its exposure to financing oil and gas within ten years. The bank had already claimed it reduced its exposure to oil and gas by more than 40% in the previous two years.

The amount of lending to these companies through the bank is estimated to be more than $2 billion. The bank was commended for its transparency. The company said its main requirement for a company is to have less than 25% of the overall company revenue from thermal coal mining or coal power. The bank also will not consider lending to companies that are focused on new coal mining initiatives that are not already under way.

The announcement by Credit Suisse is a common trend, particularly by European banks, but is also an increasing trend for United States based banks. With exposure to energy dependence on Russia and other controversial countries such as Iran and Venezuela, however, it will be interesting to see if this focus continues. Climate change promoters are asking for even more reductions, looking for banks to cut its fossil fuel clients.

The bank claims to have cut its exposure to coal mining to just over $600 million. With the geopolitical climate changing in the past two weeks, and gasoline prices rising, some banks may rethink this trend as short term energy needs are on the rise and provide investment opportunities. Banking executives may decide that the need for energy independence justifies American banks to continue to seek clients in the oil and gas sector.

However, Credit Suisse expects further decline in clients in this category over the final three quarters in 2022 and will likely be the trend for European based banks for the foreseeable future even as they import oil and gas into western Europe.