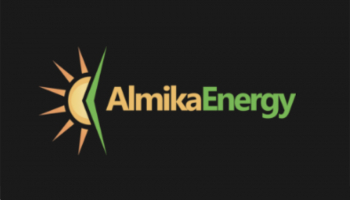 New York-based Amalgamated Bank has backed Almika Renewable Finance, a residential solar power company, as it launches a suite of financial services and strengthens its platform offering in the energy market.

Almika’s platform provides renewable energy users with access to utility bills, clean energy financing, and other capabilities through one portal. It is designed for those who install solar power and energy storage systems.

Amalgamated’s investment will allow Almika to further develop its offering, while contributing to the bank’s own target of reaching net zero carbon emissions by 2045. The bank launched this target in October last year, and aims to eliminate emissions from its financing and operational activities.

By 2030, Amalgamated aims to reduce its emissions by 49%. In October, the bank said it was the first in the US to set “full portfolio targets” aligned with guidelines set by the United Nations’ Net Zero Banking Alliance. Amalgamated was a founding member of the alliance when it was announced in April 2021, ahead of the COP26 climate conference.

“Almika and Amalgamated share the same goal of reducing greenhouse gas emissions,” said Priscilla Sims Brown, president and CEO of Amalgamated Bank. “By making a strategic investment in clean solar energy, Amalgamated will tap into a growing market and accelerate our efforts to mitigate climate change.”

Amalgamated markets itself as a leading socially responsible bank, and ceased lending to fossil fuel companies in 2016.

Increasingly, banks and other financial services companies are targeting renewable energy projects to boost their green credentials. In November, California-based Silicon Valley Bank announced that it was committing at least $5 billion in loans, investments, and other financial support to sustainability efforts over the next five years.

According to the bank, the commitment will support companies working to decarbonize the energy and infrastructure industry and hasten the transition across all sectors of the economy.

If you would like to attend a
Free Banking Exchange webinar on Generation Z Banking,
Please click to register on the link below.
The event will take place on February 24. Thank you for supporting Banking Exchange.
https://event.on24.com/wcc/r/3624294/28B5F8B441274C617360F751DDB26A99?partnerref=BankingExchangeStory