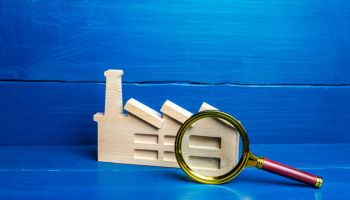 Listed companies are responsible for 40% of all greenhouse gas emissions, much higher than previous estimates, according to research from Generation Investment Management.

The figure is also double the Scope 1-only calculation recently published by MSCI.

Miguel Nogales, co-chief investment officer at Generation Investment Management said: "Listed companies are hiding in plain sight when it comes to the climate crisis. Far from being minor players, our analysis shows they are responsible for around 40% of all climate-warming emissions.”

"Given their outsized resources and focus on developed markets, listed companies will need to deliver the lion's share of private sector emissions reductions in the next few years. If the world needs to get to net zero by 2050, the ambition for public companies overall should be 2040 at the latest - and they must focus on decarbonisation in the near term."

“Now more than ever, investors require decisive data that is consistent, comparable and comprehensive,” says Elsdon. “To make this possible and support them in setting and meeting their own net-zero ambitions, they expect companies to fully engage with TCFD-aligned standards on environmental disclosure and have robust science-based targets that drive rapid decarbonization in line with a 1.5°C pathway.”

Generation worked alongside Pengwern Associates, a consultancy specialising in the economics of climate change.

In June, regulators in the UK and Japan released proposals for new SRI reporting rules for listed companies.

The Financial Conduct Authority (FCA) in London announced proposals for firms listed on UK markets and “certain regulated firms” that would require them to report their impacts on climate change in with recommendations from the Task Force on Climate-related Financial Disclosures (TCFD).

Meanwhile, in Japan, the Financial Services Agency (FSA) considered similar rules based on the TCFD’s recommendations.