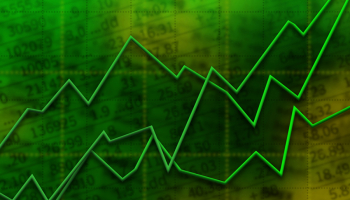 The green bond market is expected to hit $2trn in size over the next few months, according to Insight Investments.

The firm’s research has found impact bond issuance is surging ahead with more of this variety debt issued in 2021 than over the entirety of 2020.

This concurs with recent research from The Bank of America which found a record $476bn worth of green bonds was issued in the first six months of 2021, more than the total for 2020.

However, Insight has now raised concerns about how green some of these bonds may be after finding only 22% of debt issued in the second quarter met minimum sustainability requirements.

Of the 54 impact bonds Insight analyzed, 12 bonds received a green rating indicating they met Insight’s minimum sustainability requirements while 34 bonds were rated amber, which indicates there were weaknesses in the bond with regard to their sustainability.

However, eight of the bonds were rated red which indicated the bond did not meet the minimum requirements.

Specific greenwashing concerns have been raised regarding how the proceeds of these issuances are in actuality being used, according to Joshua Kendall, head of responsible investment research and stewardship at Insight Investment.

“The growth in impact bonds has been astounding and we expect the overall green bond market to top $2trn in the next few months. While we are encouraged by the overall growth, we are very concerned that in far too many instances we are still finding that the targets set out by issuers lack conviction and ambition,” explained Kendall.

“For example, the proceeds of one issue were to be directed towards improving the energy efficiency of gas power generation facilities. As the proceeds wouldn’t be contributing towards driving the change to a low-carbon economy that prioritise renewable energy, this issuance failed Insight’s sustainability requirements."