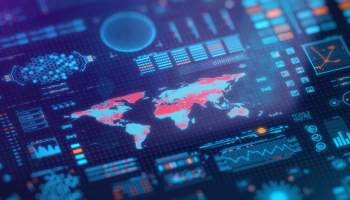 Companies listed in the US should be subject to mandatory climate disclosure rules, according to the chair of the Securities and Exchange Commission (SEC).

Gary Gensler called for the rules in a speech last week to the UN’s Principles for Responsible Investment (PRI), claiming that current voluntary disclosures could cause inconsistencies.

In his opening remarks for a webinar led by the PRI about climate change and global financial markets, Gensler said: “We can bring greater clarity to climate risk disclosures.”

He also confirmed he had initiated the process at the SEC to formulate mandatory climate risk disclosure rule proposals, to be considered by the commission by the end of the year.

“Today, investors increasingly want to understand the climate risks of the companies whose stock they own or might buy,” Gensler said. “Large and small investors, representing literally tens of trillions of dollars, are looking for this information to determine whether to invest, sell, or make a voting decision one way or another.

“Investors are looking for consistent, comparable, and decision-useful disclosures so they can put their money in companies that fit their needs.”

Gensler went on to say that following a request for input on climate disclosures, made by SEC commissioner Allison Herren Lee in March, more than 550 responses were received from the investment community, with three out of every four coming out in support of mandatory disclosure rules.

Among those respondents, Gensler continued, was the PRI, which wrote that standardized disclosures on climate would help financial market players fulfil their “fiduciary obligation to fully consider material information and make informed investment decisions for long-term value creation”.

Gensler also claimed such mandatory disclosures might be an antidote to greenwashing, as new disclosure rules could allow for investors to “see what’s under the hood” of investment funds.

In the UK, the FCA announced in June proposals for listed companies to report on their impacts on climate change in line with the recommendations of the Task Force on Climate-related Financial Disclosures (TCFD).