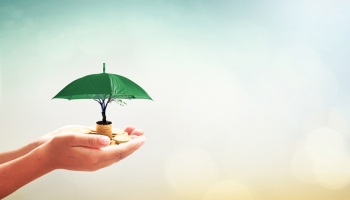 Exchange-traded funds (ETFs) specializing in socially responsible investment (SRI) hit a record level of assets under management in May, according to data from research and consultancy firm ETFGI.

Global inflows of $4.3 billion during the month pushed up total SRI assets to $82 billion, the company reported.

It follows a surge of interest in this subsector of the ETF market so far this year. In the first five months of 2020, SRI ETFs attracted net inflows of $28.5 billion – almost four times as much as in the same period in 2019. Last year was the sector’s biggest growth year, with assets swelling from just over $20 billion to nearly $60 billion inside 12 months.

BlackRock’s ETF arm iShares dominated inflows, with 11 of its products ranking in the top 20 for net inflows during May. The $7.3 billion iShares ESG MSCI USA fund brought in more than half a billion dollars over the course of the month, while DWS’s Xtrackers MSCI USA ESG Leaders Equity fund added $497 million.

Nine of the top 20 funds tracked US SRI indexes and attracted nearly $2 billion of inflows between them, reflecting the strong equity market rally during May as lockdown measures started to be lifted across America.

SRI indexes have tended to outperform their non-SRI parents, according to data from FE Analytics, providing an element of downside protection during the recent market crash.

European-domiciled SRI ETFs have the highest level of total assets and the most products listed, ETFGI’s report showed, with North America ranking second.

May saw 66 new SRI-themed ETFs launched, ETFGI reported, bringing the total number of funds to 341 around the world, from 82 providers.

“Confusion persists around what constitutes an ESG fund,” ETFGI said. “According to [Principles for Responsible Investment], a UN-supported initiative which seeks to understand the investment implications of ESG issues, 56% of adopters believe there is a lack of clarity in ESG definitions.”

ETFGI said it had attempted to “provide greater precision” to definitions by splitting SRI ETFs into thematic groups, including broad indexes and smaller categories such as alternative energies and gender diversity.