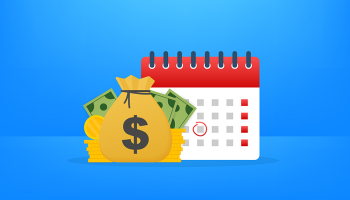 Banks originating loans for payday lending companies are not subjecting these loans to the required level of scrutiny, resulting in worryingly high default rates, according to new research.

Work by The Pew Charitable Trusts has found loss rates for loans originated by banks on behalf of payday lenders incurred an average loss rate of 50% in 2019 — and this was likely to have been even higher in 2022.

The practice — known as ‘rent-a-bank’ lending — has allowed some payday lenders to circumvent state-level bans on high-interest loans by partnering with banks in other states that can charge higher interest rates.

Filings from late 2022 showed this average had risen to 55%, Pew found, “despite other bank-issued loans averaging 2% or lower over the same time”.

Some loans made through ‘rent-a-bank’ arrangements had interest rates higher than 100% and occasionally more than 200%, according to data from the National Consumer Law Center — meaning customers could end up paying more than the amount they borrow.

Pew’s report suggested high loss rates could mean banks supplying these loans were not meeting regulatory requirements for prudent lending, such as assessing loss risk and the ability of borrowers to repay their loans.

Researchers Alex Horowitz and Chase Hatchett of The Pew Charitable Trusts’ consumer finance project wrote “the primary role” of banks in these arrangements is to “help the lenders avoid state consumer safeguards”.

They continued: “Because these loans’ only reason for not complying with state low is that they are originated by a bank, regulators need to assess them like any other bank credit and engage in a standard supervision and examination to ensure that they are being originated in a safe and sound manner.”