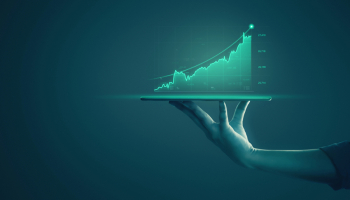 US banks reported an overall rise in net income in the third quarter despite the ongoing economic pressures of high inflation.

The Federal Deposit Insurance Corporation (FDIC) reported that, across the 4,746 banks and savings institutions it insures, aggregate net income for the third quarter totalled $71.7 billion. This was up by more than 11% on the second quarter of this year.

It is the highest quarterly result since the first quarter of 2021, according to the FDIC’s data.

Net income for community banks also rose, growing by 13.5% in Q3 compared to Q2. The corporation reported that 63% of community banks recorded higher net income than they did in Q3 of 2021.

Lending also increased in the third quarter compared to the second quarter and to Q3 2021, FDIC data showed. Total loan and lease balances rose by 2% in the three months to the end of September, including growth in residential loans and consumer loans.

Year-on-year, loan and lease balances increased by almost 10%, boosted by commercial and industrial loans, which grew by 11.6%. This annual increase was the largest the FDIC has ever recorded in its quarterly updates.

In response, the American Banking Association’s chief economist Sayee Srinivasan said the data illustrated that “the banking sector remains strong even as banks of all sizes exercise appropriate caution during a period of economic uncertainty”.