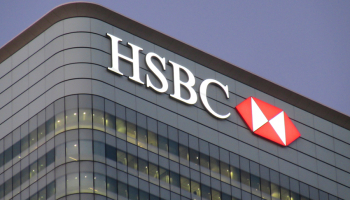 HSBC has agreed to sell its Canadian business to the Royal Bank of Canada (RBC) in a deal worth approximately US$10.1 billion – and it is unlikely to be the last measure aimed at cutting costs at the global banking giant.

RBC will acquire 130 HSBC Canada branches across the country with a combined C$134 billion (US$100 billion) in assets. The deal is expected to complete in late 2023 and is subject to regulatory approvals.

The transaction is the latest development in HSBC’s global business overhaul. In February it completed the sale of its US retail business to Cathay Bank and Citizens Bank, initially announced in May 2021, disposing of 90 branches serving retail and business customers.

Last year, the bank agreed to sell its French business to private equity company Cerberus, and late last month announced it was closing a quarter of its UK branches.

Reuters reported last week that the company is also exploring the sale of its New Zealand retail banking business, citing an HSBC spokesperson.

The bank has also made changes to senior positions, with Georges Elhedery appointed group chief financial officer with effect from 1 January 2023, replacing Ewen Stevenson. Greg Guyett has been named chief executive of global banking and markets.

Separately, Reuters also reported last week that HSBC was considering cutting as many as 200 operations management positions as it seeks to reduce its cost base, citing anonymous sources close to the situation.

In a statement announcing the RBC deal, HSBC’s chief executive officer Noel Quinn said: “We decided to sell following a thorough review of the business, which assessed its relative market position within the Canadian market and its strategic fit within the HSBC portfolio, and concluded there was a material value upside from selling the business.”

He added that the transaction “makes strategic sense for both parties” and would free up capital “to invest in growing our core businesses and to return to shareholders”.

`In the first nine months of this year, HSBC recorded a profit after tax of US$11.8 billion, down by US$0.9 billion when compared to the same period in 2021. This was in part due to the sale of the French business at a loss.