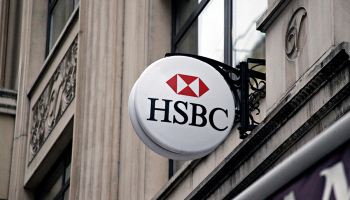 Citizens Bank and Cathay Bank are set to pick up more than $10 billion deposits and 90 branches as part of HSBC’s plan to exit the US retail banking sector.

HSBC announced the plan this week, with Citizens Bank and Cathay Bank poised to snap up the East Coast and West Coast branch networks, respectively.

In a statement, HSBC said the exit was the result of a lack of ability to compete in the market and a desire to scale up its global wealth management capabilities.

HSBC Group CEO Noel Quinn said: “[The retail branches] are good businesses, but we lacked the scale to compete. Our continued presence in the US is key to our international network and an important contributor to our growth plans.”

HSBC closed 80 branches in the US during the first few months of the pandemic and opened just one new location. In addition, in November last year the Financial Times reported that the financial services giant’s North American business was struggling.

HSBC now plans to drive efforts in its most competitive space – wealth management – with a particular focus on high-net-worth clients in Asia.

Citizens Bank will purchase HSBC’s East Coast retail banking businesses and its online bank portfolio. This includes 80 branches and 800,000 customer relationships, with $9.2 billion in deposits and a $2.2 billion loan book.