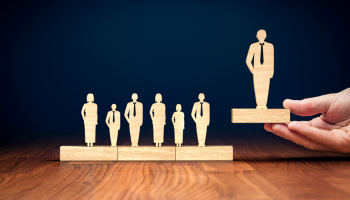 RBB Bancorp — Los Angeles-based Royal Business Bank (RBB) has appointed David Morris as president and chief executive officer. He had previously held the position on an interim basis since February, following the departure of Alan Thian. Morris will also continue as chief financial officer, RBB said in a statement.

In addition, Shalom Chang, currently senior vice president and controller at RBB, has taken on the role of chief accounting officer.

RBB chairman Dr James Kao said Morris would lead the search for a permanent president “who is well respected and familiar with our business strategy and the communities we serve”.

The trio are to replace three retiring executives: Axler replaces current chief credit officer Henry Greig, Randell will succeed Mark Martinelli, and Nalluswami will take over from Tom Quindlen. All three will retire on December 31, 2022.

TowneBank — William Morrison has been promoted to president and CEO of Towne Financial Services Group, a subsidiary of Virginia-based TowneBank. In addition, James Miller has been appointed CEO of TowneBank Mortgage. The appointments form part of TowneBank’s leadership succession plan.

Morrison has been chairman and CEO of the company’s mortgage division since its 2016 merger with Monarch Bank. He held a similar position at Monarch Mortgage.

Miller has been president of TowneBank Mortgage since 2019 and will continue in this role alongside his CEO position. Like Morrison, he previously worked at Monarch Mortgage where he was chief operating officer.

Kim’s previous roles include president of Ocwen Mortgage Servicing and Morgan Stanley’s US Residential business, as well as the Federal Deposit Insurance Corporation.

SouthState Corporation — Greg Lapointe is to retire from his position as chief banking officer in December next year, the Florida-based bank has announced. Richard Murray, the company’s president, will take over Lapointe’s responsibilities.

Lapointe has worked for SouthState for 13 years and in the banking industry for 37 years. He will transition to an advisory role from April 1, 2023, before retiring at the end of the year.

Silicon Valley Bank — Laura Cushing has been appointed chief human resources officer for SVB Financial Group, parent of California’s Silicon Valley Bank (SVB). She takes over from Chris Edmonds-Waters, who has held the position since 2007.

Cushing joins from Loews Corporation where she was also chief human resources officer since 2016. She previously spent more than 20 years in a variety of senior roles at JP Morgan Chase.

Edmonds-Waters is to transition to an executive coaching role for Silicon Valley Bank.

Atlantic Union Bank — The Virginia-based banking group’s wealth management arm has appointed Mitch York as chief investment officer. He joins from Concord Asset Management where he was CIO, and has also worked for Edelman Financial Services.

Flagstar Bank — Michigan-headquartered Flagstar Bank has appointed Kirby Brendsel to the newly created position of ESG and sustainability director. He will lead a team responsible for the bank’s work on environmental, social and governance issues.

Brendsel joins from Welltower, a real estate investment company, and has previously worked for Nuveen and Starwood Hotels and Resorts.

USAA — General counsel and senior vice president Jason Klein is to take on an expanded role as USAA’s chief corporate governance officer. He succeeds Amy Cook who will retire from the organization next year. Klein joined USAA in 2020 after 17 years in legal roles at JPMorgan Chase and Washington Mutual.

Colony Bankcorp — Georgia-based Colony Bankcorp has appointed Audrey Hollingsworth to its board of directors and that of its subsidiary Colony Bank, with effect from December 1, 2022. She is currently vice president of people services for Goodwill Industries of the Southern Rivers, a non-profit focused on career services.