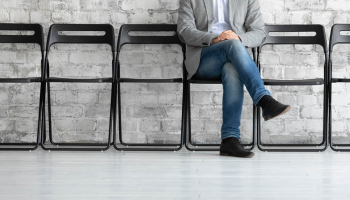 The bank — which recently joined the Russell 3000 index of the US’s largest listed companies — has made five appointments or additional responsibilities.

Benét Rupp has been promoted to chief administrative officer. She joined the bank in 2019 as chief people officer. This position has been taken on by Alexis Smith, who will oversee the bank’s human resources functions. Smith joined in 2020 as vice president for talent and organization development.

Amy Cover is F&M’s new chief marketing officer. She was previously a marketing manager, and has worked for F&M since 2009. Molly Miller has been promoted to senior e-banking and product lifecycle manager, taking on additional responsibilities for product development.

Edward Leininger “has been an integral part of F&M’s success”, said president and CEO Lars Eller. He added: “Ed has been a wonderful mentor, leader, and partner to our communities, and I wish him all the best in his well-deserved retirement.”

William Ridenour, currently chief banking officer, and Carl Dodson, chief operating and chief risk officer, are both to transition out of their current roles and take up advisory positions, according to a statement from the bank.

The statement said Ridenour and Dodson “have been instrumental in building the bank’s client base and technical infrastructure, respectively”.

Kelly Bell has been promoted to chief operating officer. She has worked for John Marshall for five years and was most recently director of retail banking and treasury services.

Finally, Sheila Yosufy is now director of sales, having previously been director of business development.

Pinnacle Bank — Cliff Dennett is to become California-based Pinnacle’s new chief credit officer from August 1. He succeeds Robert Blatter, who is retiring, although he will remain with the bank as an executive vice president until February next year.

Dennett is currently deputy chief credit officer and has worked for Pinnacle since 2007, taking up his current role in 2021. Upon assuming his new role, Dennett will also join Pinnacle’s management team.

Blatter also joined Pinnacle in 2007, and CEO Jeffrey Payne said he had been “an invaluable member of our management team and helped guide our bank through the economic challenges in 2008 and then again through the pandemic”.

Brad Serff is to take over as president and has been appointed chief banking officer. Serff set up Providence Bank in 2006 and led it into the merger. In his expanded role he will oversee all banking activities for Heritage Southeast Bank.

King joined Ledyard’s board in 2014 and has been co-vice chair since 2019. He replaces Margaret Rightmire, who has served as chair since 2019 and will continue to sit on the board.

Ponce Bank — Sergio Vaccaro is the new chief financial officer at New York-based Ponce Bank. He joins from HSBC where he held the same position for its private bank business for the Americas. Vaccaro has previously worked for Citigroup in a 27-year accounting career.

He replaces Frank Perez, who is moving to a new role as chief investor relations officer for Ponce Bank. Perez led Ponce’s conversion from a mutual company to a listed company. CEO Carlos Naudon said his new role would see Perez’s “fulltime effort dedicated to our becoming a preferred investment for similarly mission-driven investors”.

In his new role, Rapp will continue to oversee the credit and risk management, as well as the sales and business development, technology and infrastructure, and operational business lines of the bank, it said in a statement.

CEO Mike Maddox said the move came after “careful thought… regarding the future leadership of our company as we position the bank for future growth”.

Before joining CrossFirst in 2019, Rapp was chief credit officer at Texas Capital Bankshares.