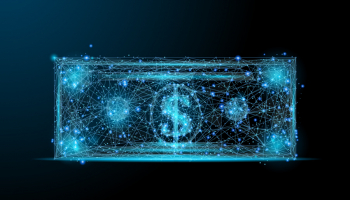 A central bank digital currency (CBDC) in the US lacks “compelling use cases” and would “fundamentally rewire” the banking system, according to the American Bankers Association (ABA).

The trade body is the latest organization to speak out against the idea of a digital dollar, the creation of which is being explored by the Federal Reserve.

In a letter to the Fed, responding to a request for comment, the ABA said the dollar was already “largely digitalized” due to technological advances in payment systems.

Implementing a CBDC in the US would trigger fundamental changes to the roles and responsibilities of the central bank and the private sector within the monetary system, the ABA argued.

Currently, in line with many other developed economies, approximately 5% of all money in the US system is held by the Fed, while 95% is in private hands. This, the ABA contended, allowed the vast majority of money in the US system to be handled in way that “represents expansion, and usually a multiplication, in real economic output”.

By changing this balance through the introduction of a CBDC, the Fed would risk damaging this element of the US’ economic growth.

Instead, the ABA said digital innovation should remain in the private sector through the development of real-time payment systems and “well-regulated stablecoins”.

The Fed has also cited financial inclusion as an aim for any CBDC, but while the ABA supported the idea it claimed a digital dollar was “not well-positioned to accomplish” such a goal. It cited the Bank On initiative as a more effective inclusion project, which aims to lower or eradicate fees on checking and savings accounts and widen access to the banking system.

“As we have evaluated the likely impacts of issuing a CBDC it has become clear that the purported benefits of a CBDC are uncertain and unlikely to be realized,” the ABA stated, “while the costs are real and acute. Based on this analysis, we do not see a compelling case for a CBDC in the United States today.”

A non-profit project was launched a year ago to explore the development of a digital dollar, but it has not gathered universal support. The ABA has previously spoken out against the concept, while Federal Reserve official Randal Quarles has also cast doubt on its efficacy.

The Boston arm of the Federal Reserve and the Massachusetts Institute of Technology are also exploring the uses of a CBDC.