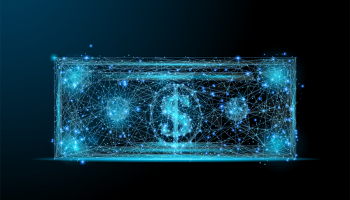 In a statement to the Senate banking subcommittee, the association warned that proponents of CBDCs often cherry-picked benefits “while downplaying the serious risks to consumers and our financial system”.

The ABA’s own analysis of the US’s existing system and the benefits and drawbacks of different CBDC designs had shown that “it does not appear that a CBDC is well-positioned to enhance underlying financial capabilities or extend the reach of financial services in well-developed markets”.

The statement comes just over a month after nonprofit organization the Digital Dollar Project announced plans for five pilot programs to explore designs of and uses for CBDCs in the US.

The ABA urged caution from policymakers as they consider future work in this area.

It said: “Given the additional complexity, delay, and transition costs involved in creating a new form of money, there are strong efficiency interests that suggest CBDC should only be pursued as a final option to meet clearly-defined public policy goals that cannot be achieved through payments innovations that leverage existing digital dollars.

“As of today, those use cases have not emerged. If a viable use case for CBDC in the US does emerge in the future, design choices must be carefully considered to ensure that the benefits as well as the risks of introducing a CBDC are fully appreciated.”

Meanwhile, in the UK, the Bank of England this week published a discussion paper on CBDCs exploring its “emerging thoughts” on the concept. “The Bank has not yet made a decision on its detailed regulatory approach to stablecoins, or on whether to introduce a CBDC in the UK,” said governor Andrew Bailey.

He added: “My hope is that this paper will be the basis for further research and dialogue between the Bank, the payments industry, technology providers, payments users, financial institutions, academics, other central banks and public authorities, and broader society.”

The discussion paper is available on the bank’s website.