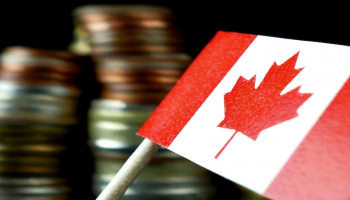 The Federal Reserve Board and the Office of the Comptroller of the Currency (OCC) have requested comments on Bank of Montreal’s (BMO) proposed acquisition of California-based Bank of the West, and TD Bank’s plan to acquire Tennessee-based First Horizon Corporation.

According to statements released by the regulators, the virtual meetings will be held on July 14 (BMO) and August 18 (TD Bank). Interested parties have until June 23 and July 28, respectively, to register for the events.

The requests come as President Biden’s administration has called for regulators to scrutinize mergers and acquisition deals between banks, in an effort to protect competition.

In March this year, the Federal Deposit Insurance Corporation called for feedback on a potential review of its M&A rules for banks.

Earlier this month, the OCC’s acting comptroller Michael Hsu called for the rules on bank-related M&A to be updated and brought in line with modern requirements.

Hsu warned that without enhancement, the rules as they are could allow mergers which diminish competition, hurt communities or present systematic risks.

The proposal for BMO to acquire Bank of the West is part of its plan to grow its North American reach, including the California market.

Meanwhile, TD Bank’s acquisition of First Horizon is part of its expansion into the southeast of the US.