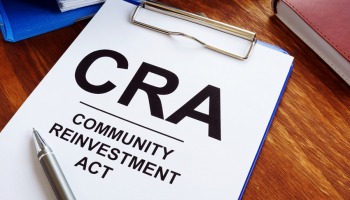 Under the new proposals — published by the Office for the Comptroller of the Currency, the Federal Reserve and the Federal Deposit Insurance Corporation — the CRA will be expanded to include internet and mobile banking for the first time.

The regulators’ proposals are also set to expand access to banking, credit and investment services for “low- and moderate-income communities”, as well as adopting a “metrics-based approach” to their CRA assessments.

CRA assessment benchmarks will be made publicly available “for greater clarity and consistency”, the regulators said in a joint statement.

The proposal has a strong focus on financial inclusion, in line with recent industry efforts to address the “unbanked” population of the US. The new-look CRA will make greater use of data to tailor its evaluations according to bank size and type.

Acting comptroller at the OCC Michael Hsu said the proposals were “aimed at strengthening and modernizing the CRA regulations by expanding access to credit, investment and basic banking services in LMI communities, adapting to changes in the banking industry such as internet and mobile banking, and providing greater clarity, consistency and transparency”.

“Further, the proposal accounts for differences in bank size and business models by tailoring CRA evaluations and data collection and promotes a unified approach from the federal banking agencies,” he added.

Rob Nichols, president and CEO of the American Bankers Association, said: “We particularly appreciate that the agencies are trying to develop a regulatory framework that better reflects today’s modern-day banking system and provides greater clarity, consistency and transparency to banks seeking to meet the needs of their customers and communities.”

He highlighted that the modernization work would “not be complete until the increasing array of non-bank financial services providers are held similarly accountable to the communities they serve”.