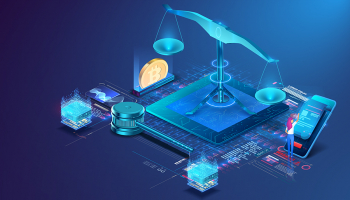 The development of stablecoins and digital currencies requires internationally agreed standards to succeed, according to the head of the Office of the Comptroller of the Currency (OCC).

Acting comptroller Michael Hsu raised the idea of a standard-setting committee at an event hosted by the Department of Commerce last week.

“Emerging technologies such as artificial intelligence and stablecoins enable transactions in blockchain-based systems,” Hsu said. “Stablecoins lack shared standards and are not interoperable.”

Hsu proposed that “standard-setting initiatives” should be set up with representatives from crypto asset companies, academics, and government officials to oversee the development of frameworks.

He cited the bodies set up in the early days of the internet, such as the Internet Engineering Task Force (IETF) and the World Wide Web Consortium (W3C).

“To ensure that stablecoins are open and inclusive, I believe a standard setting initiative similar to that undertaken by IETF and W3C needs to be established,” Hsu said.

The acting head of the OCC said he had emphasized the importance of industry groups to the government in a conversation with Don Graves, deputy secretary of commerce, and the “willingness of governmental bodies like … the OCC to engage in such efforts”.

The Federal Reserve is currently exploring the development of a ‘digital dollar’, or central bank digital currency. However, it has made clear that it will not proceed with the project unless it has the full support of the executive and Congress.

Meanwhile, a small number of banks have been authorized by the OCC to handle digital assets, including Anchorage Digital Bank — although this bank was recently penalized for anti-money-laundering failings.