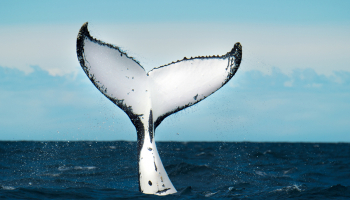 The conflict in Ukraine has shown that financial institutions cannot treat tail risks as siloed, the head of the Office of the Comptroller of the Currency has warned.

Michael Hsu, acting comptroller of the currency, explained at a recent industry event that the war had heightened several areas of risk that were “embedded in the business-as-usual risk management toolkit” of financial institutions. These included geopolitical risk, cyber risk, inflation and interest rate risk, asset price risk, and recession risk.

“Not only have the likelihoods for each tail risk increased, but it does not take much imagination to see how different tail risk events may be linked and could materialize simultaneously,” Hsu said.

Banks and other financial institutions needed to exercise “greater caution and risk management vigilance” to remain ahead of evolving risks, he said, “perhaps more than at any time in recent memory”.

The war in Ukraine had heightened geopolitical risks, but at the same time had increased other risks such as cybersecurity breaches. Last month, President Joe Biden called for the US private sector to “accelerate efforts to lock their digital doors” in the face of a threat of Russian cyberattacks.

The war’s impact on global fuel supplies — coupled with the sanctions placed on Russia and Russian companies — have increased inflation and the prices of raw materials in many markets, which in turn has increased the likelihood of higher interest rates.

“A combination of any or all of the above could increase the chances of a broad market sell off, which could trigger a recession,” Hsu warned.

However, he added that such risks were still considered “tail risks” and not central to immediate economic forecasts. In addition, recent stress testing had shown that major banks were “well-positioned from a capital perspective to withstand a range of shocks”.

The OCC chief said that for banks to identify and manage tail risks “requires judgment and imagination more than math and computing power”.