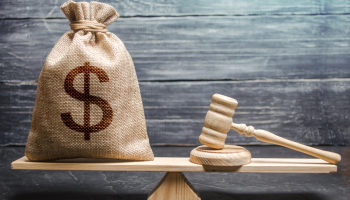 The Financial Crimes Enforcement Network (FinCEN) announced late last week that it had fined USAA $80 million for “willful violations of the Bank Secrecy Act (BSA) and its implementing regulations”.

The Office for the Comptroller of the Currency (OCC) is also considering a penalty of $60 million for the same issue.

USAA admitted to a deliberate failure to both introduce and manage an effective anti-money-laundering (AML) program, according to FinCEN’s statement from March 17. The bank failed to comply with this requirement for more than five years, the regulator said, from January 2016 to April 2021 – despite being warned by the OCC over the issue in 2017.

USAA also owned up to a lack of transparency when it came to reporting suspicious financial activity to FinCEN, “including customers using personal accounts for apparent criminal activity”, the regulator said. Nearly 4,000 reports went unaddressed, according to FinCEN and the OCC.

FinCEN’s acting director Himamauli Das said: “As its customer base and revenue grew in recent years, USAA willfully failed to ensure that its compliance program kept pace, resulting in millions of dollars in suspicious transactions flowing through the US financial system without appropriate reporting.

“USAA also received ample notice and opportunity to remediate its inadequate AML program, but repeatedly failed to do so. Today’s action signals that growth and compliance must be paired, and AML program deficiencies, especially deficiencies identified by federal regulators, must be promptly and effectively addressed.”

Wayne Peacock, USAA chief executive, told The Wall Street Journal: “While the issues identified in these orders did not result in any individual member harm, we understand the importance of these requirements.

“Compliance is a top and urgent priority that is fundamental to providing our members with the highest level of service.”

The OCC has issued a Cease-and-Desist order to effectively deal with the bank’s failure to set up a BSA/AML program.